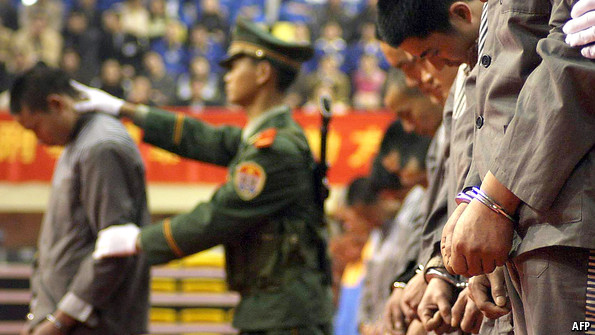 NPR’s Rachel Martin speaks with Gady Epstein about an estimated 75% decline in executions in China between 2002 and 2012, a phenomenon Epstein described in a recent article in The Economist.

MARTIN: Do you have any idea what has motivated this change by the government? Is it purely pragmatic; you can’t just kill everyone was accused of a certain level of crime? Or is their moral dimension to it? Is it just embarrassing?

EPSTEIN: I think it’s a combination of those. One significant milestone came in 2007 when the Supreme People’s Court began to review every single death penalty case, and probably is the one factor that’s most chiefly responsible for the reduction in executions overall. I think the people who were evolving in the system in the ’80s and ’90s – people who were trained in law – they paid attention to the fact that international public opinion was horrified at the number of people being executed in China, to the extent that it was kind of a public issue.

And this gets at why this decline was not really well noticed, is because the number of people that China executes every year is not widely publicized in itself, because it’s a state secret. So similarly, the decline has happened very quietly. [Source]

Even after the steep fall, China executed an estimated 3,000 people last year, dwarfing the total of 682 known executions elsewhere. Click through for more on the death penalty in China via CDT.