Of Literature and Laureates, Translations and Trends 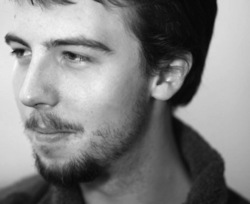 At The Los Angeles Review of Books, Jeffrey Wasserstrom talked to translator Brendan O’Kane about translation, the controversy over Mo Yan’s Nobel Prize victory last year, and leaving China. O’Kane offered his own nomination for a Chinese literature Nobel:

[…] I’d rather see the award go posthumously to Qian Zhongshu, the author of Fortress Besieged — a genuinely world-class novel that unfortunately suffers badly in its current English translation.

[…] Qian Zhongshu was the high-water mark of 20th-century cosmopolitanism, I think — nobody was ever that good before him, and nobody will ever be that good again — but many of his contemporaries were also comfortable with both the Chinese and European literary traditions in a way that isn’t really imaginable now. Lao She inhaled the works of Dickens, and some of his best novels — Rickshaw Boy, say, or Crescent Moon — read like a sort of alternate-universe Chinese Dickens. He had an ear for dialogue that’s never been bettered — with the exception of Wang Shuo, few writers have ever even tried — and you get the sense that he really likedthe characters in his stories. (As opposed to, say, Lu Xun, whom I find far more compelling as a polemicist than as an author.) It’s encouraging to see Penguin rereleasing two of Lao She’s novels in translation — I’d love to see him get his due in English. [Source]

O’Kane defends Mo, however, arguing that many of his post-Nobel critics held him to unfair political standards. Soon after the interview was published, he approvingly tweeted a link to another LARB article by Gina Apostol on Jorge Luis Borges, which makes a similar point.

"Where is the great American artist leading his fellow citizens in barricades against the NSA?" http://t.co/4LY2EfotGQ #YES

What is it about the writer in the First World that wants the Third World writer to be nakedly political, a blunt instrument bludgeoning his world’s ills? What is it about the critic that seems to wish upon the Third World the martyred activist who dies for a cause […]? Where does this goddamned fantasy come from — that fantasy of the oppressed Third World artist who must risk his life to speak out, who’s not allowed to stay in bed and just read Kidnapped? I have to say, look at it this way: It only benefits dictatorships when all the Ken Saro-Wiwas die — and the loss of all the Ken Saro-Wiwas diminishes us all. Why is it not okay that an old man in Argentina lives for his art — and yet it is okay for a writer in The New Yorker whose country is targeting civilians abroad in precision assassinations to merely sit and write reviews about dead Argentines whose political feelings are insufficiently pronounced? Where is the great American artist leading his fellow citizens in barricades against the NSA? And why are these New Yorker critics not calling them out for their “refusal to engage with politics”? [Source]

Although Paper Republic’s Nicky Harman pronounced 2012 “a good year” for Chinese-English translations, O’Kane says he feels that “things are still pretty dire on the Chinese-literature-in-English-translation front.” At Caixin earlier this month, on the other hand, Sheila Melvin suggested that China is a growing presence in Western literature:

As an avid consumer of contemporary English-language fiction and of translated European fiction, I have noticed that China is increasingly present in novels from the West that center on topics completely unrelated to it. In some stories, China plays a fleeting, familiar role as an exotic other, a destination to which the protagonist aspires or a land in which his dreams may be realized.

[…] Other novels reflect the zeitgeist that has come to prevail in many Western countries (perhaps especially the U.S. and Britain) in which China is viewed as a threat. […]

[…] A third category of novels—the one I prefer—treats China as a normal part of global society, neither exotic nor threatening. (Interestingly, the best examples of this are European.) [Source]

It often leads to the subconscious sacrifice of the diversity of dialects, the uniqueness of cultural expressions and the smoothness of writing itself, simply to facilitate the translation, he adds.

“From the perspective of literature and art, it’s undoubtedly a huge loss. My attitude is, forget the translators when you write. Care not about whether they feel happy to translate. The real talented translators aren’t afraid of difficulties,” he says.

“It’s not right either to require translators to be completely faithful because the search of a linguistic counterpart is a creation itself, full of imagination. I tend to be open-minded with the translators. I think we should allow them to trim the book appropriately on condition that it doesn’t affect the gist as a whole.” [Source]