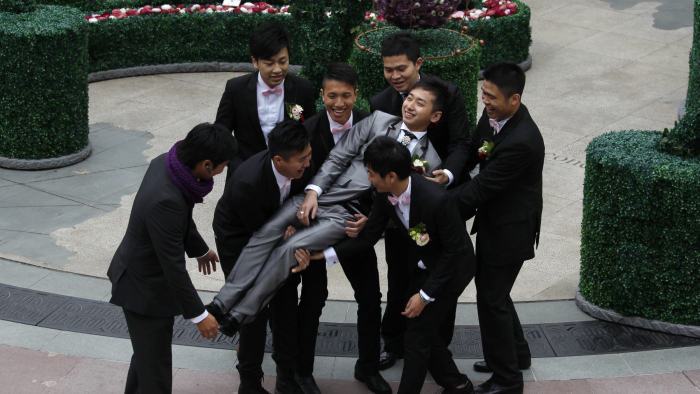 An article on Quartz looks at how the one-child policy, and accompanying gender imbalance, is impacting the real estate market in China, and may contribute to its collapse. As the numbers of single men in China rise, the competition for real estate – a key factor in determining marriageability – heats up as well:

China’s gender imbalance contributed 30% to 48% (pdf, p.37) of the rise in real home prices in 35 major cities from 2003 to 2009, according to research Zhang and two colleagues conducted. Home values rose more sharply in cities with many more young men than young women.

And this wasn’t just in cities. Even in rural areas, Zhang and his colleagues found farmers aggressively investing in homes for their sons, usually either because a local matchmaker said they needed to if they wanted to attract a wife, or because of rising local “bride prices,” the reverse-dowry that grooms must pay. (That price now exceeds $20,000 in some provinces.)

[…] Because they lack siblings, the vast majority of Chinese couples 34 and younger are the sole inheritors of four parents’ wealth. When they die, their offspring get at least two extra homes (and, given investment trends, likely more). This extra supply will drive down prices, says Zhang, and because of the one-child policy, China will have too few young people to absorb the overspill. [Source]

For more on the role of gender relations in the housing market, see the research of Leta Hong Fincher, including an op-ed in the New York Times from last year (via CDT).