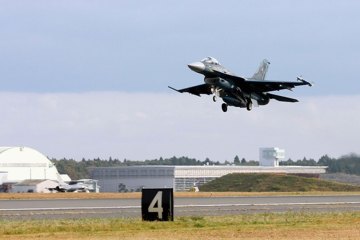 At The New York Times, Edward Wong reports accusations that a Chinese hacking group mounted a two-year campaign to obtain U.S. drone technology. The same group’s alleged ties to the Chinese military were the subject of a widely publicized report by security firm Mandiant in February.

“I believe this is the largest campaign we’ve seen that has been focused on drone technology,” said Darien Kindlund, manager of threat intelligence at the company, FireEye, based in California. “It seems to align pretty well with the focus of the Chinese government to build up their own drone technology capabilities.”

The hacking operation, conducted by a group called “Comment Crew,” was one of the most recent signs of the ambitions of China’s drone development program. The government and military are striving to put China at the forefront of drone manufacturing, for their own use and for export, and have made an all-out push to gather domestic and international technology to support the program.

[…] China’s domestic security apparatus, whose $124 billion official budget this year is larger than that of the military, is also keenly interested in drones, which raises questions about the potential use of drones for surveillance and possibly even attacks inside China, including in restive areas of Xinjiang and Tibet. Drone technology conferences here are attended by both military and domestic security officials. An international conference on nonmilitary drones is scheduled to take place in Beijing from Sept. 25 to 28. [Source]

The report follows a Chinese drone foray near the disputed Diaoyu/Senkaku Islands earlier this month, as well as a Foreign Policy interview in which defense minister Itsunori Onodera said that Japan was also considering drone surveillance in the area. From Hannah Beech at TIME:

On Sept. 9, the Japanese government confirmed for the first time that an unmanned Chinese drone had flown over Japan, not so far from the Diaoyu/Senkaku Islands. (It did not violate Japanese airspace.) The day before, Chinese bombers traced another landmark course over Okinawa but again veered away from actually entering Japanese skies. Over the past year, Chinese warships have made historic forays into waters near the contested islands, as have flotillas of Chinese coast-guard vessels that Beijing says are merely patrolling around Chinese waters. The seas around the disputed spits of land are rich in natural resources, from oil and natural gas to fish stocks.

[…] Shinzo Abe, the hawkish Japanese Prime Minister who came to power late last year, has presided over a boosting of Japan’s military hardware and defense spending in recent months. On Sept. 17, Japanese media reported that the nation’s Defense Ministry was considering shooting down drones, if future violations of Japanese airspace were to threaten people’s lives. Japan’s postwar constitution, which was devised by the victorious Americans, limits the nation to defensive maneuvers. But any mooted military action, including a strike against drones, is certain to provoke national debate. [Source]