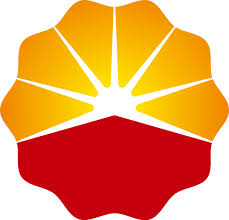 Amid a widening probe into the oil industry, officers of PetroChina have had their passports confiscated. AP reports:

PetroChina managers at the level of division chiefs and above were ordered to hand in their passports, the Securities Daily said, citing unidentified sources in the company. Such a move often is intended to prevent potential suspects or witnesses from fleeing while investigators gather information.

“The PetroChina corruption case has expanded beyond the company,” the newspaper said.

[…] PetroChina, with some 550,000 employees, is Asia’s biggest oil producer by volume and the world’s second-most-valuable energy company by market capitalisation, behind Exxon Mobil Corporation.

On Monday, PetroChina denied a news report that one of its vice presidents and its chief accountant had been taken in for questioning by anti-corruption investigators. [Source]

The company has been taking steps to ensure their operations are not disrupted during the probe, Reuters reports:

The company had issued an internal memo asking director-level managers – a group numbering up to 1,000 people – to essentially clock-in each day to show they were at work, a second PetroChina official said.

He said the aim was to make sure operations were not disrupted, but also in case directors tried to flee China or were needed as part of the investigation, one of the biggest ever at a Chinese state-owned firm.

The first official said the company had “stepped up day-to-day management” and supervision of operations and was ensuring all employees reported for work daily.

For example, safety inspections were being done more frequently to make sure there were no industrial accidents that could cause supply disruptions.

According to reports, PetroChina is still moving ahead with international deals, including a potential major investment in Russian gas fields. From Bloomberg:

PetroChina, the publicly traded unit of state-owned China National Petroleum Corp., is interested in spending at least $10 billion for a minority share of eastern Siberian gas fields operated by OAO Gazprom (GAZ) and OAO Rosneft (ROSN), said three of the people, who asked not to be named as deliberations are private.

“PetroChina is willing to promote all-round cooperation with Russia’s oil companies, and hopes to invest in Russia’s upstream oil and gas exploration and development businesses,” spokesman Mao Zefeng said in an e-mailed response to questions from Bloomberg News.

The two countries are seeking to complete a deal that would see Russia supply as much as 68 billion cubic meters of gas a year, helping to meet the energy needs of Asia’s biggest economy. A $10 billion acquisition would mark PetroChina’s biggest-ever purchase abroad, data compiled by Bloomberg show.[Source]