Are cadres the answer to China’s property market crunch? Some local officials seem to believe so. Hundreds of thousands of homebuyers across China have boycotted their mortgages payments in protest against the stalled construction of their homes, with some referring to themselves as “Camel Xiangzi,” the ill-fated protagonist of a 1937 satirical novel by Lao She. The roots of the crisis are complicated but can be broadly explained by a 2020 crackdown on excessive borrowing by developers and risky debt financing fueled by misplaced optimism about ever-rising home prices. While the Politburo has enjoined that stalled residential construction projects be finished in a timely matter (and thus mortgage payments resumed), some localities have taken stabilization to a new extreme: compelling low-level cadres to purchase homes, regardless of how many they already own. The party secretary of Hunan’s Shimen County instructed local officials: “I hope that every cadre present at today’s session can take the lead in purchasing homes. If you’ve already bought one, buy two. If you’ve already bought two, buy three. If you’ve already bought three, buy four.”

Public reaction was a mix of jokes at the cadres’ expense, concern about whether the order might lead to increased corruption, and facetious solutions:

@holyhello：A red health code to all who don’t buy.

@MR尚人：But first let’s have an accounting of where they’re getting the money to buy all these houses.

@会落泪的东海鲨鱼：The leaders are panicking because nobody is buying houses. They’re hurting because the value of their own homes has dropped.

An unverified but widely circulated photograph of another government meeting in an unknown location suggested that home purchases had become part of cadre performance evaluations:

Observers noticed that the injunction to buy homes with no regard for need seemed to violate Xi Jinping’s instruction that “houses are built to be inhabited, not for speculation,” made during his keynote address at the 19th Party Congress in 2017 and oft repeated by other officials since then. In a WeChat post on the blog @观人随笔, archived by CDT Chinese, the author called into question the political, ethical, and practical implications of the push to have cadres buy more homes:

First, doesn’t calling for home purchases in this manner deviate from the Center’s repeatedly emphasized principle that “housing is for living in, not speculation”?

[…] Second, are all of these comrades and leaders renting? If they already have their own homes, why call for them to purchase more?

[…] Third, what does a family need with four houses? If it’s a family of four, I suppose one person could live in each house. But what if they’ve fewer people than that?

[…] Fourth, if purchasing houses is no longer correlated to any real need but rather to an effort to eliminate excess housing inventory or to “rescue” any one particular group or sector, does that make any sense? Is it appropriate?

[…] Fifth, hasn’t the goal of developing our real estate sector always been to meet the housing needs of everyone in society, and to rein in affluent homeowners so they don’t crowd out less affluent aspiring homeowners? [Chinese]

Censors have cracked down on sharper criticism, including one WeChat essayist’s satirical endorsement of the policy. CDT Chinese archived the post by @老干体v in which the author argued that by drastically increasing the hiring of new cadres, governments could kill two birds with one stone, tackling both youth unemployment and the property market crisis:

Leaders’ demands that cadres buy homes are not completely absurd. For employees in the private sector, simply making a living has been no small achievement over these three pandemic years. Yet I fear that big purchases, like a home, are beyond their reach in the short term.

Yet public-sector employees easily make double their salaries in places like Qinghai, and at the very least half as much again, as in Henan. 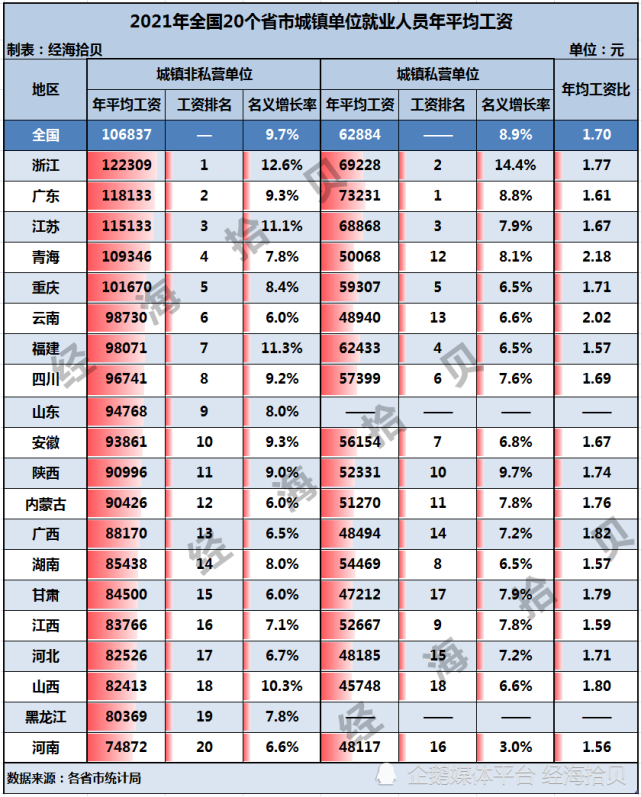 In our country, where cadres are decidedly middle-class, not to mention their traditional role as models for public behavior, how could they not put themselves on the front line of the crisis we are facing?

[…] As I see it, we should embark on large scale recruitment to rescue both the real estate sector and local government finances. After all, there are many college graduates hoping to serve the people: “2,000,000 took the civil service exam and 9,000,000 took the teachers’ exam—what’s up with this generation?”

We could solve the unemployment problem and rescue local government finances, the best of both worlds.

Yulin City in Guangxi is a great example of how to do this: 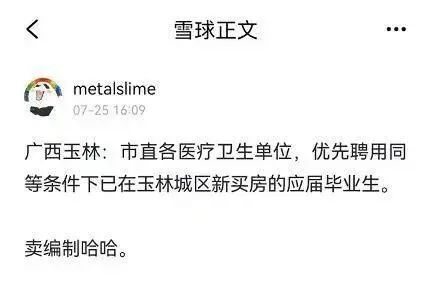 One WeChat essaysist joked that corrupt cadres purchasing houses was good for the economy, or at least better than squirreling away ill-gotten cash in their homes and waiting for investigators from the Central Commission for Discipline Investigation to discover it. Many though not all such intimations that the cadre home-buying scheme is a simple form of public corruption were taken offline. One essay used a meme template from the hit Chinese Western Let the Bullets Fly, in which a gangster takes over the administration of a small town in 1920s Sichuan in hopes of striking it rich, to joke that current leaders hoping to earn a fortune through real estate had missed their chance. That essay was removed from WeChat, although it was unclear if it was the work of censors or the author’s own choice:

We’ve arrived too late. The past couple of Goosetown county magistrates have already collected advance taxes for the next 90 years. [Chinese]

The half-baked cadre property-purchasing scheme seems to have done little to revive national property markets. The mortgage boycotts and slowdown in new sales have left some developers unable to pay their debts. Earlier this week, China lowered its loan prime rate, a move that allows for cheaper mortgages but is unlikely to solve the crisis. “So far, lower mortgage rates haven’t translated into higher property sales due to the lack of confidence in large developers and the presales model,” Invesco global market strategist David Chao told The Financial Times. In his Carnegie Endowment for International Peace blog, Michael Pettis gave an overview of the crisis and offered his prediction as to what happens next:

Under these conditions, it is hard to predict what will happen over the short term. My best guess is that because of the Chinese Communist Party’s upcoming National Congress, Chinese regulators will prioritize stability over all other things. Any additional outbreaks within the financial system will quickly be absorbed by local government borrowing and the bigger banks. Once the pandemic lockdowns end, the regulators may even unleash a series of “bazooka-like” policies to try to reverse [investor?] sentiments, kick-start rising property prices, and boost confidence among creditors and depositors.

But even if this works temporarily, it cannot go on forever. At some point, Beijing must take concrete steps to allocate the costs of rising insolvency, most likely to local governments, although this will not be easy. If it doesn’t do so, eventually the debt levels will become unsustainable and, perhaps with an evaporation of credibility, the system will force its own allocation of costs.

The latter scenario is usually referred to as a debt crisis, and while I think a debt crisis in China is still very unlikely, this is because I think Beijing still has the ability to restructure liabilities. But one way or another, losses must (and will) be forced onto some sector of the economy, either explicitly as a political decision or implicitly as the economy adjusts to allocate the losses to those sectors least able to protect themselves. [Source]