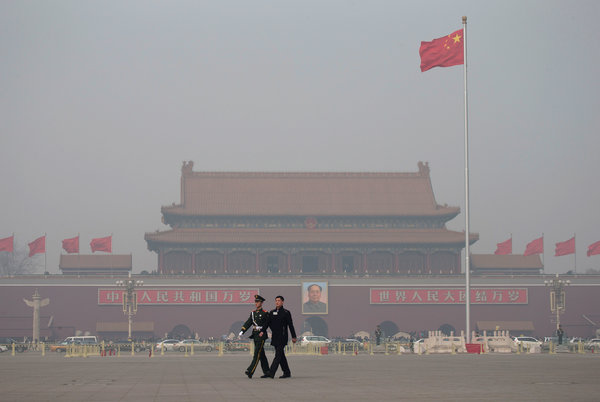 Beijing energy researcher Jiang Kejun, “part policy insider” and “part maverick,” has proposed a blueprint to quickly cut China's greenhouse gas output, and improve its poor air quality, according to Chris Buckley in The New York Times. However, Jiang faces challenges in “the world's biggest emitter of carbon dioxide for fuel” since 2006, as the Chinese government prioritizes its development in the face of global warming:

Mr. Jiang, who has studied energy emissions for two decades, has that grand shift in mind. China must expand wind, solar and nuclear power beyond current targets, and curb heavy industry, forcing carbon dioxide emissions to peak within a dozen years, he argues. If China’s effort is accompanied by big emissions cuts by rich countries, he says, then there is a good chance of avoiding rises in the global average temperature of beyond 3.6 degrees Fahrenheit above the preindustrial average, which most governments have agreed is a dangerous threshold.But other Chinese government experts said their country must not risk its prosperity on such a shift.Wang Zheng, a researcher at the Chinese Academy of Sciences, estimated that China’s emissions were likely to reach their peak by around 2030 at up to almost a fifth higher than Mr. Jiang wants. “If we aim for earlier, that may mean wrecking stable economic growth and triggering an economic crisis,” Mr. Wang said.[Source]

Read more about air pollution in China via CDT.