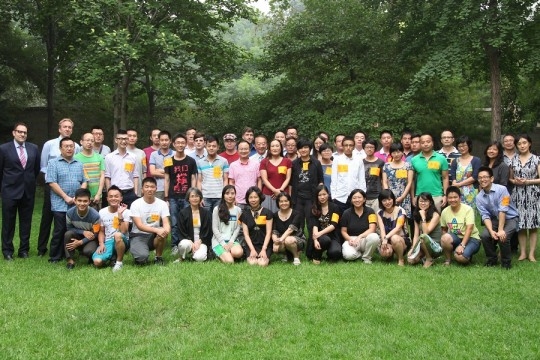 Last month, Beijing hosted its second annual conference for LGBT (lesbian, gay, bisexual and transgender) activists. This year’s event not only attracted twice as many delegates, but – for the first time – funding of more than US$ 30,000 (HK$232,600) from a joint US-United Nations initiative to improve gay rights in Asia. It also had the approval of Chinese government departments and the China Family Planning Association.

This  year’s conference drew more than 140 delegates from 28 regions in the mainland – including Tibet and Xinjiang – plus a small number from Hong Kong, Taiwan, the UK and the US.

[…] “This is actually quite astonishing,” said a woman who used to be a lesbian group organiser in Beijing but now studies in Hong Kong.  “A few years ago, police would intimidate and disperse volunteers just for setting up an information booth.”

However, Tabitha Speelman at Tea Leaf Nation notes that, despite the process, LGBT issues remain sensitive in China, especially in the workplace:


But LGBT individuals in China still face a long road to acceptance, and over 90% of Chinese LGBT individuals who filled out a recent survey said they choose to conceal their sexual identity at work. The survey, “China Sexual Minorities Professional Environment Survey” [English version], was conducted by a coalition of China’s most active grassroots LGBT organizations. Over half of respondents say they have experienced harassment in the office, and workplace tolerance toward gay men at state-owned enterprises appears particularly low. [Source]

Click  through for more on gay rights in China, via CDT.