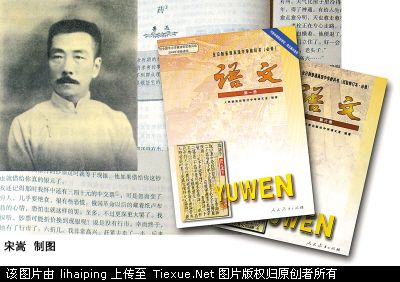 At Tea Leaf Nation, Liz Carter notes that, much to the chagrin of many netizens, an essay by modern literary figure Lu Xun has been omitted from the latest editions of widely used middle school literature textbooks:

Recent changes to China’s teaching curriculum have made the news: an essay by the father of modern Chinese literature, Lu Xun (1881 – 1936), has gone missing from new editions of middle school textbooks. Citing the need for more “age-appropriate” material, the People’s Education Press has removed Lu Xun’s essay “The Kite” from its most recent edition, replacing it with an essay entitled “Autumn Nostalgia” by Shi Tiesheng.

In recent years, Lu Xun’s writings have been disappearing gradually from official language and literature textbooks, sparking some concern among parents of school-aged children. In surveys conducted by Sina News, a popular news website, and Sina Weibo, China’s version of Twitter, an overwhelming majority of respondents expressed displeasure with the changes, noting that “Lu Xun’s works are classics, and represent the ‘spirit of the Chinese people.”

Why, given both Lu Xun’s popularity and his accepted status as one of China’s top modern authors, would his works be disappearing from the educational curriculum? An article analyzing the changes published by Xinhua News Agency, China’s state-run media, noted that, “Middle school students should not be reading anything too deep.” Zhao Yu, an author quoted in the article, voiced his agreement with the decision, stating that, “We shouldn’t make students undertake reflection and critical thinking too soon; instead, we should let them gradually accumulate knowledge.” [Source]

Click through for more netizen reactions and further context, including information on the Lu Xun essay that has been removed. China Daily’s morning news roundup relays the state-run textbook press’ response to netizen ire:

Articles wrote by Lu Xun, a famous Chinese writer, have been questioned by some analysts as they believed they were too difficult to understand for students in compulsory education. [Source]