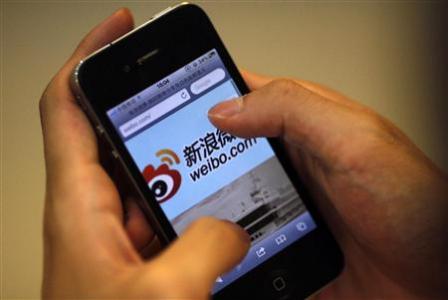 At MIT’s Technology Review, Tom Simonite describes a recent study of Chinese Internet censorship whose authors started their own social network to gain an inside perspective. The paper follows the same Harvard team’s finding last year that “collective action potential,” not criticism of the government, is the dominant factor in deletions of social media postings.

Previous studies of Chinese censorship have mostly involved monitoring Chinese social sites to see which updates censors remove (see “Social Media Censorship Offers Clues to China’s Plans”). Some have relied on rare interviews with insiders willing to talk about their role in censorship. By contracting with a major Chinese provider of Web software to help run his site, King could instead inspect the available censorship tools firsthand. He could also ask the company’s representatives whatever he wanted about how those tools should be used. “When we had questions, we just called customer service,” says [Gary] King. “They were being paid to help us.”

Along with some parallel experiments on established social sites, King’s dabble in Internet entrepreneurialism has shown that Chinese censorship relies more heavily than was known on automatic filtering that holds posts back for human review before they appear online. The researchers also uncovered evidence that China’s vast censorship system is underpinned by a surprisingly vibrant, capitalistic market where companies compete to offer better censorship technology and services. [Source]

As a recent Reuters interview with several Sina Weibo censors also explained, automated censorship tools flag posts by weighing factors such as type, length and author, as well as the presence of sensitive keywords.

Keywords are also the basis of another widespread censorship strategy: blocking searches on sites like Sina Weibo, which allows users to post on a topic while limiting their audience. (See CDT’s Sensitive Words series for examples.) Reviewing a number of misconceptions about Chinese censorship at Dissent Magazine, Jeffrey Wasserstrom recommends Jason Q. Ng’s new book, Blocked on Weibo, which catalogs and explains over 150 past and present blocked searches. Ng uncovered these by running the 700,000 article titles from the Chinese Wikipedia through repeated Sina Weibo searches, and analyzing the results.

Want to know more about these kinds of phenomena? A month ago, I’d have said just Google “Danwei.com,” “China Digital Times,” “China Media Project,” or “Tea Leaf Nation,” as doing so will take you to websites that do a good job of tracking Chinese free speech issues. Or Google the names of either Rebecca MacKinnon, a former CNN Beijing bureau chief who has become a leading analyst of Internet freedom issues in China and elsewhere, or Yu Hua, who has done a series of excellent newspaper commentaries on censorship—strictly for publication abroad, of course—including one titled “The Spirit of May 35th,” which will introduce you to the imaginary date that clever Chinese bloggers sometimes refer to in an effort to circumvent the taboo on the term June 4.

I still think those suggestions are good ones, but now I can also recommend a book: Jason Q. Ng’s Blocked on Weibo: What Gets Suppressed on China’s Version of Twitter (and Why). It’s an engaging new volume chock full of illuminating, sometimes amusing entries on temporarily or permanently banned terms. You’ll find information there on “Fifty-Cent Party,” “May 35,” and some less expectedly verboten words and phrases. [Source]

Ng himself explained the book last week in a ChinaFile interview, describing the different categories of terms that are blocked and the cat-and-mouse games that take place between censors and netizens:

These various types of censorship have spawned a constantly evolving coded vocabulary used by netizens to evade them. Many of these new or adapted terms are explained in CDT’s new ebook, based on the Grass Mud Horse Lexicon wiki.