Bo Guagua Says ‘Facts Will Speak for Themselves’ 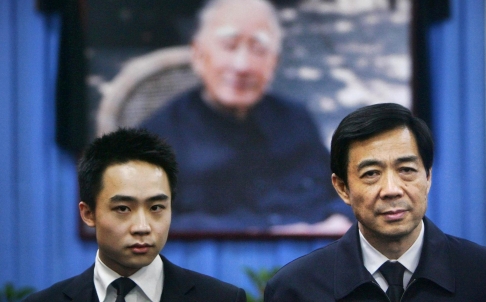 Bo Guagua, son of Bo Xilai and Gu Kailai, has written a letter to Southern Metropolis Weekly, in response to the newspaper’s questions about his father’s trial in August. The younger Bo was discussed at length during the questioning of his father in his corruption trial, as he was accused of accepting monetary benefits from businessman Xu Ming, including luxury cars and trips abroad. During his closing statement, Bo Xilai denied any knowledge of payments from Xu that supported his son’s lavish lifestyle. Bo Guagua is currently a student at Columbia Law School in New York. The South China Morning Post reports on Bo Guagua’s letter:

In written replies to Guangzhou-based Southern Metropolis Weekly on September 1, five days after the closure of his father’s trial, the younger Bo wrote: “Facts will speak for themselves, either now or in the future.”

“I won’t argue for the short-term advantages [or disadvantages]. [I] will wait to decide if I will make relevant responses when conclusions have been made.”

The magazine only published its report about his replies in its latest issue on September 30.

The report did not specify the context of Bo Guagua’s replies, but it said the 25-year-old had to face the grave issue of his rift with his father. [Source]