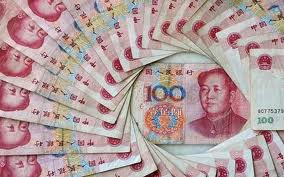 At her South China Morning Post blog, Anna Healy Fenton sums up the recently released 2013 Hurun Rich List. After giving an overview of trends in the ranks of China’s super-rich, she focuses in on their households to note that the one-child policy seems not to apply to those with hoards of wealth:

What is interesting is their marital status and number of children. If you thought China had a one-child policy, you were wrong. Granted, the older ones might have had their children before the one child policy arrived in 1979, but not that many. A third of China’s 100 richest billionaires have more than one child, with eight having managed to sneak in under the net with broods of three or four. Only one fifth, 21 out of 100, have stuck to the one child rule according to Forbes, while nearly a third, 31, are married but childless. […]

[…] These numbers: more than one kid – 31 billionaires, one kid – 21, married no kids – 31, unmarried – 15 and divorced – two, seem to suggest a few interesting trends. Firstly, if you are rich, the one child policy seemingly does not apply to you, although a large number of China’s richest stick to it anyway. A very large percentage is presumably too busy to have children, while a significant number are simply too busy and have no time even to get married. But then if you take it that statistically, 10 per cent of any population will be gay, that skews the figures, but only slightly. What it does mean is that so far, although about half have provided an heir and a spare to inherit their fortunes, almost half have not even seen the inside of a maternity ward or a register office. So who will inherit their pile? [Source]

Provincial governments are known to take in substantial revenue through the “social support fees” collected from families who have more than one child. For more on China’s super-rich or the one-child policy, see prior CDT coverage.