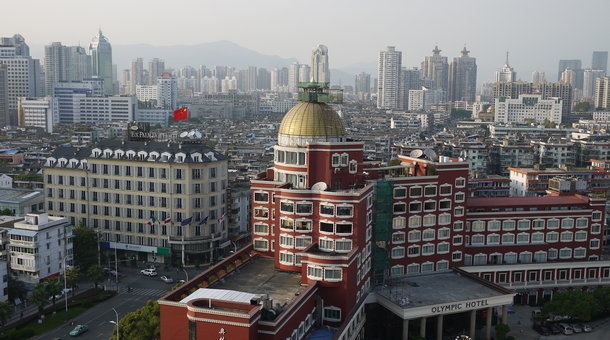 Marketplace reports on the “shadow banking” system of unofficial loans, which is rampant in Wenzhou. Some believe, however, that it poses the “biggest threat to China’s economy”:

Some here say the government got out of the way — allowing the capitalist-minded people of Wenzhou to develop their own economy, complete with a lending system that predates banks. A place where a loan is simply a pile of money pooled together by friends and family.

[…] On his road to cigarette lighter fame and fortune, the Lighter King watched on as more money flowed into Wenzhou. Over time, loans were no longer limited to just family and friends. The ‘Wenzhou loan,’ says Huang, became a lot less innocent.

“Bigger groups of lenders began to form. They pooled money together and took turns taking out loans. Then they started lending money with very high interest rates – to strangers.”

This system of lending — in all its variations — is called shadow banking. It’s now popular throughout China. In a report earlier this year, JPMorgan Chase estimated China’s shadow banking industry could be worth up to 70 percent of the country’s GDP. China’s central bank has become so worried about this that in June it essentially froze lending between the country’s banks, sending global markets into a freefall. The big concern here is that if China’s economic growth continues to slow down, all these off-the-books loans won’t be paid back. [Source]

Listen to the full report: