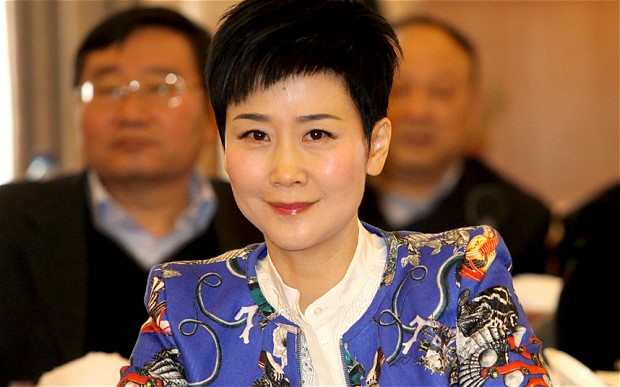 Li Xiaolin, the daughter of former premier Li Peng, has been implicated in a multi-million dollar bribery case which gave Zurich Insurance a stake in one of China’s biggest insurance companies. The deal, which was allegedly brokered by Li, was arranged while her father was in office. Malcolm Moore at the Telegraph reports:

In 1995, Li Xiaolin, now one of China’s most powerful women in her own right, introduced executives from Zurich to three Chinese businessmen who held a majority stake in New China Life, the country’s largest private insurance company.

In return for a $16.9 million (£10.4 million) payment into an offshore Credit Suisse account in the Bahamas, they agreed to sell Zurich almost a quarter of the company, four years before it was legal for foreign firms to make such investments.

Court documents and transcripts obtained by the Telegraph show how the money from Zurich was then used to bribe several high-ranking Communist party officials, who allegedly received thousands of dollars of “pocket money” when they visited the United States.

There is no suggestion that Zurich was aware of how the money was subsequently spent. [Source]

Li Xiaolin is frequently mocked by Chinese netizens for her high-end fashion tastes. Her father is nicknamed “the Butcher of Beijing” for his role in the 1989 military crackdown on protesters. Several foreign companies operating in China have come under scrutiny lately for questionable business practices.