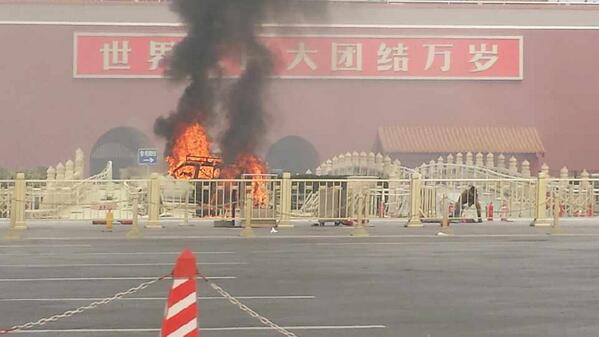 Central Propaganda Department: Regarding the Jeep which crashed into the railing of Jinshui Bridge in Tiananmen Square, we reiterate that the media must report the story in strict accordance with Xinhua News Agency wire copy; downplay the story; do not speculate on it; do not exaggerate it; do not put the story on the front page or website homepage; do not produce any other reports or commentary; do not use images; and strengthen management of the Weibo accounts of all media and media personnel. (October 30, 2013)

Tags :Beijing,censorship,Directives from the Ministry of Truth,propaganda,Tiananmen crash 2013,Tiananmen Square