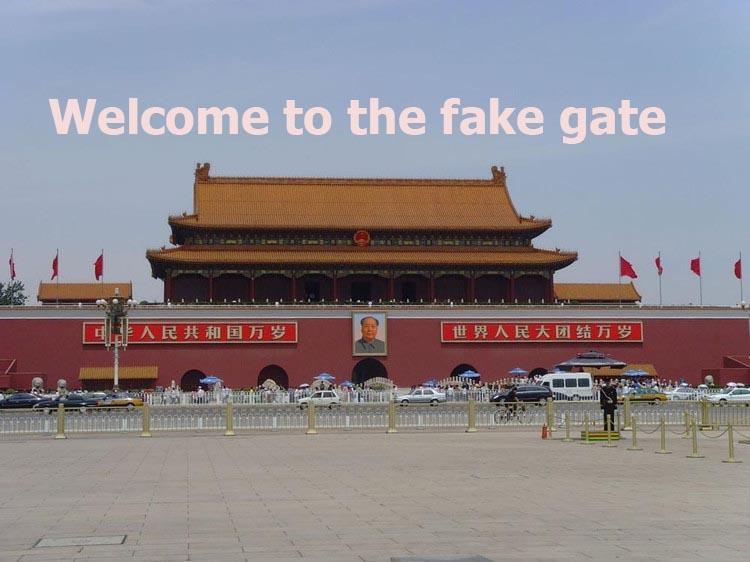 At Hug China, Bernd Chang reports that the present Tiananmen Gate as seen on the Tiananmen Square is a replica of the original gate that was secretly demolished in 1969:

The Tiananmen Gate has been actually destroyed and rebuilt several times. The original building was first constructed in 1420 in the Ming Dynasty. A lightning in July 1457  burnt it down completely. Then it was rebuilt in 1465. In 1644 the gate was burnt down by rebels led by Li Zicheng. Following the establishment of the Qing Dynasty, the gate was once again rebuilt in 1651.

Then after 300 years, the Tiananmen Gate was rebuilt again in 1969, as Shanghai based Liberation Daily reminded us on September 27.  This time, it was not destroyed by natural disaster or during a war, but was ordered to be demolished by top leaders of the country in peaceful time.

And it was not a renovation as it was officially called. The old Tiananmen built with bricks and wood was completely demolished,  and a brand new Tiananmen imitation was built at the same place with concrete and steel.

The complete demolition and rebuilding process was kept as China’s top political secret until 21 century. [Source]