Japan Scholar Said to be Detained for Espionage 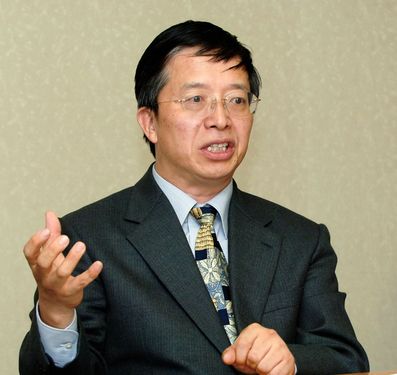 A Japan-based Chinese scholar who has been an active commentator on Sino-Japanese relations, Professor Zhu Jianrong, has possibly been detained by the government on espionage charges. The Japan Times issued an editorial on Sunday:

Mr. Zhu is known for media comments on issues affecting Japan and China. His detention sent shock waves among Chinese researchers and journalists in Japan and among his acquaintances, both Chinese and Japanese. The Japanese government should urge the Chinese government to release Mr. Zhu and to adopt an open-minded policy toward Chinese people who express their opinions.

Mr. Zhu went to Shanghai, his native place, on July 17. Since then, his whereabouts have not been known. A press officer of the Chinese Foreign Ministry hinted at his detention Sept. 11, saying that Chinese nationals like Mr. Zhu must abide by China’s state laws and regulations. Mr. Zhu married a Japanese researcher in 1984 and moved to Japan in 1986.

Chinese sources said that he met with Chinese military people and collected detailed military-related information for research purposes this year and that the National Security Ministry is questioning him with regard to whether his activities constituted illegal collection of information. But China has not clarifed his current situation or the specific charges against him. [Source]

And Mr. Zhu was not the only one.  Jane Perlez at The New York Times looks to the impact of such detentions on popular diplomacy between China and Japan:

In 2009, a former deputy director of the Institute of Japanese Studies at the Chinese Academy of Sciences, Jin Xide, was imprisoned for 14 years on charges of selling Chinese state secrets to Japan and South Korea, according to the Japan Times.

The newspaper also reported that Su Ling, chief editor of Xinhua Shibao, a Chinese-language newspaper published in Japan, has been missing since he came to Beijing from Japan in May.

The disappearance of Mr. Zhu would further fracture the “quasi-cold-war relationship” between China and Japan, setting off fears among Chinese academics and visitors to Japan that they could be susceptible to similar treatment, said Willy Lam, adjunct professor at the Chinese University of Hong Kong’s Center for Chinese Studies.

“These folks are not famous people,” said Mr. Lam, who has worked in Japan. “Inevitably it will affect people-to-people exchanges, popular diplomacy and people-level diplomacy between the two countries.” [Source]