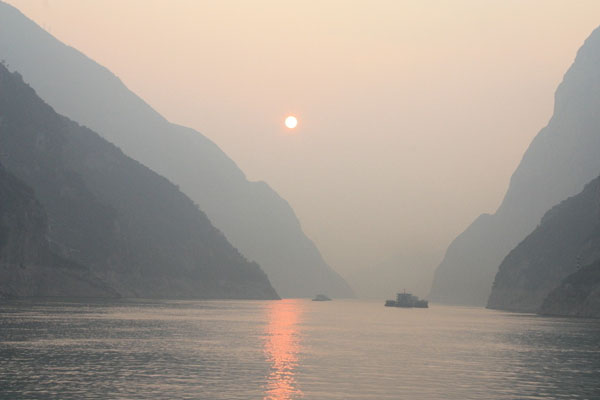 At China.org.cn, Wu Jin reports the devastation of the upper Yangtze river by overfishing, pollution, and dams:

According to a collaborative report led by the ministry’s Yangtze River Fishery Resources Management Commission Office, the ecological system of the upper branches of the Yangtze River has collapsed and as a result many precious fish species are now on the brink of extinction.

[…] A long-term data monitoring system located in the upper branch of the river by the Chinese Academy of Sciences also proved the reports to be true. According to aquatic experts, the number of the four carp types — black carp, grass carp, silver carp and bighead carp, which used to be abundant in the river — has also plummeted from 30 billion to no more than 100 million in the past 60 years.

[…] Many experts call on the government to control the development in an appropriate scale in a bid to counter the deteriorating eco-environment in the Yangtze River, make a new and feasible evaluation of the dams, especially the small ones, and encourage research on and natural conservation of the living aquatic species. [Source]

See more on the Yangtze, water pollution, and dam building via CDT.