What’s In It For China’s Mistresses? 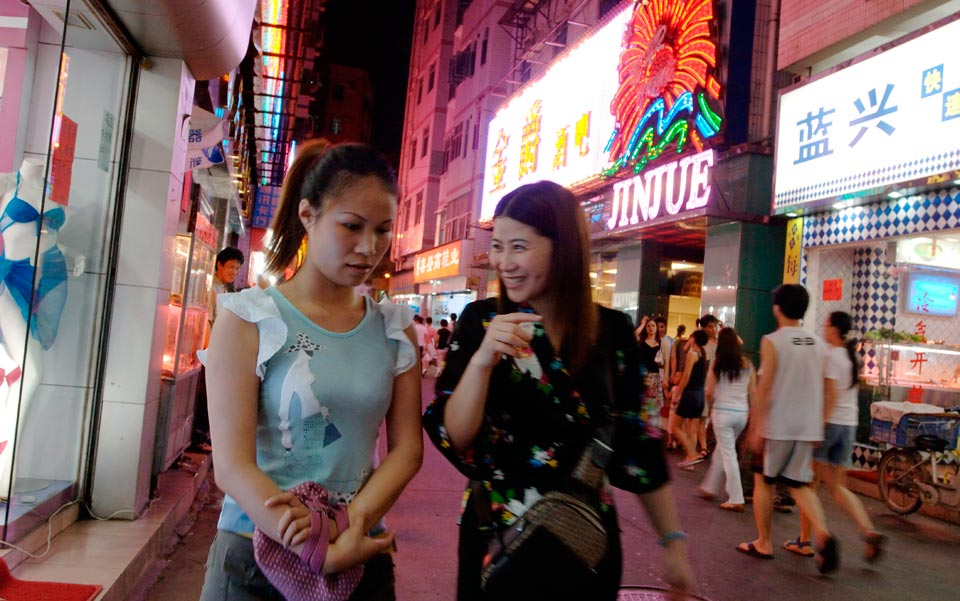 Shanshan’s $550 shoes came from her lover, but the soles of her feet, as hard as leather, came from her childhood. ‘We used to play barefoot in the village,’ she told me. ‘All the girls in the karaoke bar had feet like this.’

[…] At dinner with Shanshan, Xiaoxue and Lingling — two of Shanshan’s slightly older friends from Sichuan — they all agreed that the social circuit had disappeared of late, and that it had come largely as a relief. ‘It used to be a big part of work,’ said Xiaoxue, who was kept by a businessman back in Sichuan. ‘You had to make yourself look really pretty, and you had to make up to the most important people there, but not so much that the woman they came with would get jealous. But you still had to be…’ she started to flutter her eyelashes and raised her voice an octave: ‘Oh, you’re so clever! Oh, what important work you do! Oh, you’re really 55? You look so strong!’

[…] ‘If you’re an official, you have to have a mistress, or at least a girlfriend,’ Xiaoxue said, ‘otherwise you’re not a real man. I used to have this friend who was a fake mistress. She was best friends with a gay guy — not a “duck” [male prostitute], just a normal gay guy — who was an official’s boyfriend. So the official would pay her to come out with him and pretend to be his mistress.’ [Source]

I'm sad the description of one of the girls as a "sexy hobbit" was cut from this – http://t.co/icvbCpQG8v

At Quartz, Heather Timmons notes that demand for apartments to house China’s legions of ernai may be distorting property prices:

The state-run Beijing Evening Daily estimated back in 2010 that there were 200,000 mistresses living in apartments in Beijing alone, and said that if they could be driven out of the city as part of an on-going prostitution drive, there would be a ‘turning point’ in housing prices there.

Since then, home prices have only gone way, way up. [Source]