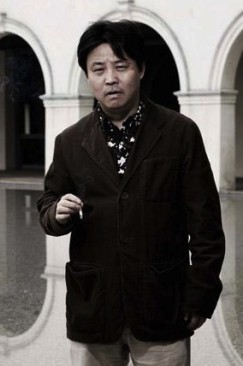 In the Los Angeles Review of Books, Megan Shank interviews writer Yu Hua, whose recent book of short stories will be published in the U.S. in January. Shank talks to him about his work, the reading habits of people in China, and about contemporary Chinese society:

Some say leaders are not born but made. Can the same be said of topical writers? For example, how has China’s rise influenced your work? And how might the events of living history influence young writers going forward?

No writer can shrug off his or her relationship with the era he or she lives in. Of course, the approach varies. Some works are estranged from the times; others more intimately entwined. No matter what, the era a writer lives in has an influence that seeps into his or her blood. I feel fortunate to live in today’s China, because there are so many stories to tell. But the story angle is very important, because the realities of modern Chinese society are even more fantastical than fiction, and the requirements for the writers telling them are higher than ever. Chinese societal progress has already damaged an entire generation of young people who revere materialism. But as more and more societal problems emerge, young writers will change. Ultimately, they will resemble writers of my generation and care about social reality.

How do you feel about the fact that your last book couldn’t be published in China? When you write, do you consider the censors? Do you worry about whether or not your books will be censored? What consideration do you give to the market? As a Chinese writer, do you have to implement an overall strategy?

The New Yorker also interviewed Yu in August about a short story he published in the magazine, and he again spoke about how events in China’s not-too-distant past influence his writing:

In your earlier books, including “Brothers” and “To Live,” you tackle some of the brutal violence of the Cultural Revolution in China. These stories seem gentler in their approach. Is this because you have changed as a writer, or because the country has changed?

My writing is always changing, because my country is always changing, and this inevitably affects my views and feelings about things. At the same time, there are different dimensions to my writing, with books such as “Brothers” and “To Live” that address the cruelty and violence of the Cultural Revolution, as well as the milder stories in “Boy in the Twilight.” Changes in my work are also shaped by specific projects and sometimes determined by the subject matter at hand. For example, my latest novel, “The Seventh Day,” just published in China, addresses the realities of China in this current era. It relates a man’s experiences in the first seven days after his death; the world of the dead offers a relief from the sorrow and inhumanity that permeate the world of the living. It’s a novel that criticizes Chinese social realities by recalling episodes from a succession of broken lives, and I personally feel that it is a powerful piece of work. [Source]

Yu Hua is a columnist for the New York Times, where he writes about a variety of issues confronting Chinese society. In his most recent column, published today, he writes about air pollution:

It’s widely assumed that air purifiers have been installed in our leaders’ offices and homes, but they still have to go outside, and when they do they have to breathe the same polluted air as everyone else. Maybe because our leaders are also suffering from the effects of pollution, or maybe because there’s increasing pressure from society, our government has made a sudden about-face in its attitude toward PM 2.5, no longer chafing about monitoring by the Americans or minimizing the hazards.

[…] The safety guideline for PM 2.5 set by the World Health Organization is 25 micrograms per cubic meter, whereas the Chinese government sets a limit of 75 micrograms per cubic meter. The official explanation for this gap is that China is still a developing country and so cannot yet reach the W.H.O. targets. The public’s understanding takes the form of a joke: A fish falls into a vat of soybean sauce, and goes around complaining about how awful the environment is. A big fat maggot comes crawling over. “Why don’t you shut the hell up?” it curses. “You can’t judge a bean-sauce vat by the standards of a fishbowl!” [Source]

Read more by and about Yu Hua, via CDT.