Badiucao (巴丢草)：Who Are the Terrorists? 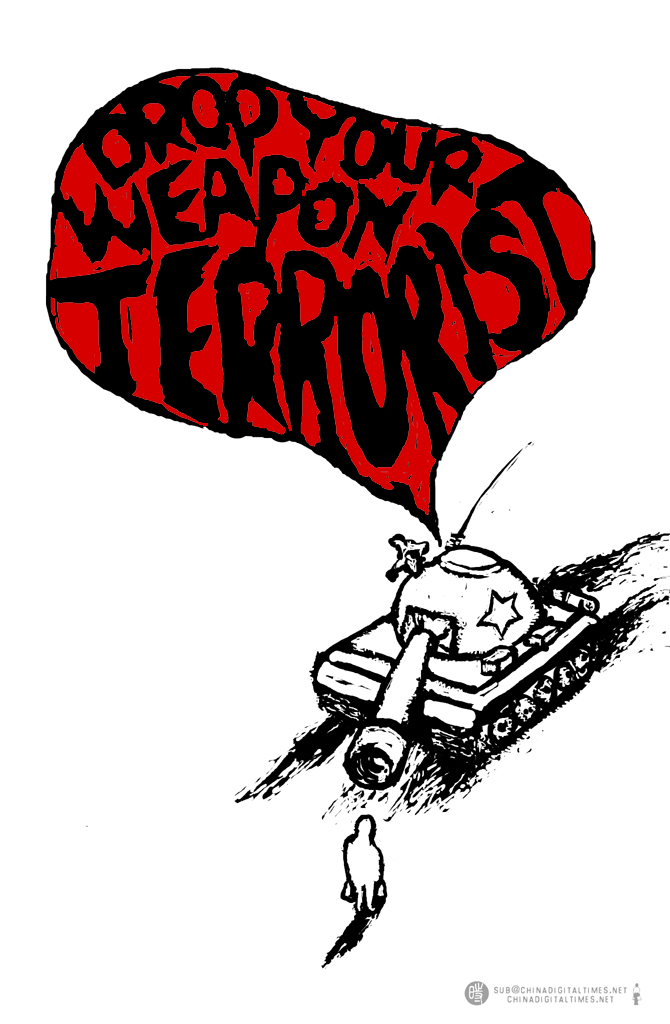 Cartoonist Badiucao has drawn the following cartoon, responding to last week’s crash of an SUV near Tiananmen Gate, which killed five people and injured close to 40. While details about the incident are scant, the government has declared it a terrorist attack and has detained at least five people for their alleged connection to it.

In the cartoon, he reinterprets the Tank Man image from June 1989, in which a protester holding a bag of groceries stood in front of tanks encroaching around Tiananmen Square after the killings on June 4. In Badiucao’s interpretation, the tank commands “Drop your weapons, terrorist!”

Who Are the Terrorists in China? by Badiucao (巴丢草)