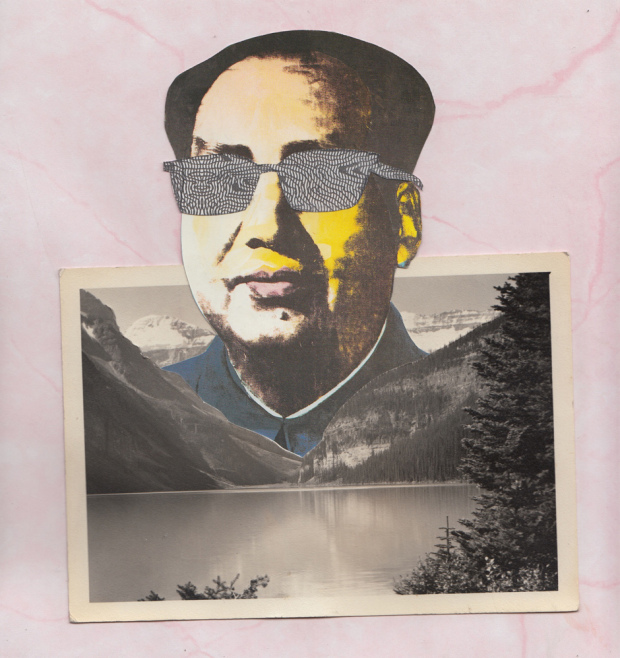 A Canadian artist fears that work he sent for an exhibition in Beijing is now lost, but it is unclear whether it is in the hands of censors or conmen. From Tristin Hopper at The National Post:

Just before the Oct. 18 opening, however, Duck Soup Project’s website, ducksoup.cn, was suddenly taken down, replaced instead with an official People’s Republic of China seal and a message declaring that the message was in contravention of Chinese Internet law and that any attempt to contact the website’s owners is forbidden.

An unnamed expert told Hopper that Clarkson’s work may not yet be valuable enough to attract thieves, but that censors would have found little to object to among the exhibits, which include a drawing of Ai Weiwei’s severed head impaled on a stick. But another image featuring Mao Zedong wearing sunglasses and looming over the Rocky Mountains may have triggered political sensitivities. Late last year, China’s Ministry of Culture blocked Andy Warhol’s stylized Mao portraits from the Beijing and Shanghai legs of a touring exhibition.