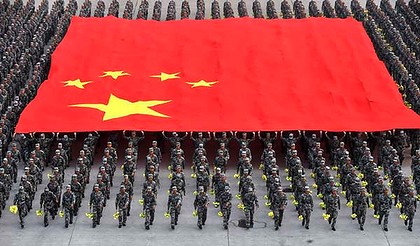 Although China is seen by many as a world superpower with growing economic influence, Ian Bremmer argues in an op-ed that China’s economic clout does not necessarily translate into greater political influence. From The New York Times:

But although China’s economic influence is growing — it is now the lead trade partner for 124 countries, compared to just 76 for the United States — its power to influence other nations is slight. It has achieved little of what policymakers call “capture,” a condition in which economic or security dependence of one country on another allows the more powerful to drive the other’s policy making.

Only in countries like North Korea, Cambodia and Laos does China have that kind of heft; in North Korea, for example, China provides 90 percent of the country’s energy and 80 percent of its consumer goods. But these are not the sorts of allies that help an emerging power extend its influence.

[…] In fact, the economic vulnerability and political brittleness in these countries might one day compound weaknesses inside China. As party officials undertake the reforms needed to create a dynamic economy driven by Chinese consumer purchasing power, reliance on commercial and political ties with basket-case countries can be a dangerous thing. That’s because such countries pull partners into their crises, where security and economic risks outweigh any possible benefit from the relationship. China wants a stable Korean peninsula, but Pyongyang’s unpredictable bluster often creates the opposite.

[…] In today’s media-driven world, soft power is another crucial element of superpower influence. Yet, beyond the inaccessibility of China’s language for most foreigners and their indifference to its social trends, China’s political and economic systems have little appeal in other countries. Its state capitalist economic model attracts political leaders looking to build wealth and micromanage markets, but it offers little for ordinary citizens. [Source]