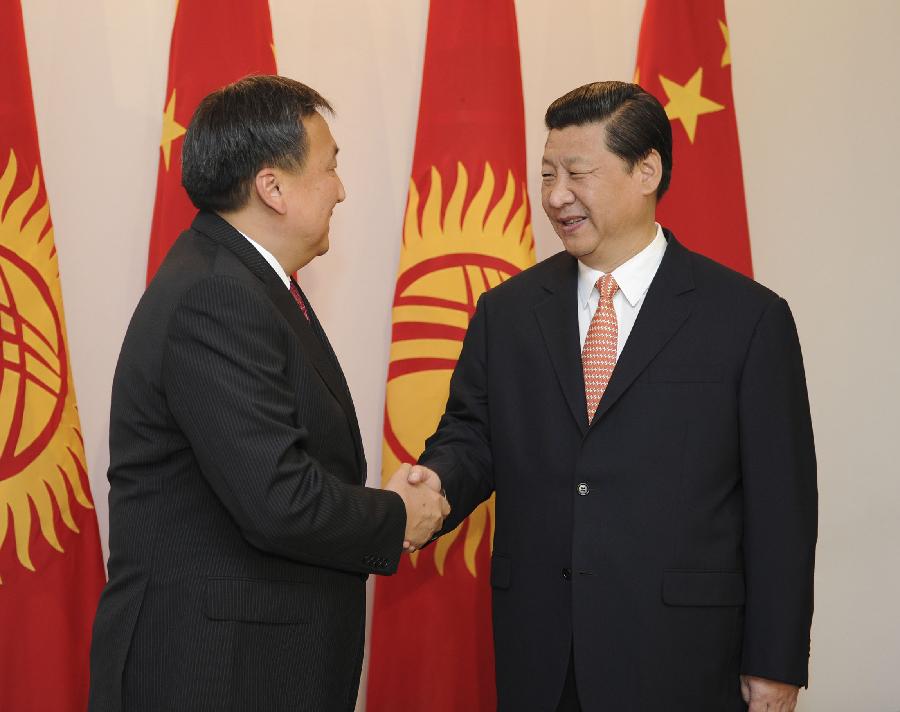 Xi agreed Wednesday to disburse $3 billion in credits for energy projects in Kyrgyzstan on his visit to the nation across China’s northwestern border. The deal came days after Xi’s visit to neighboring Kazakhstan, where he bought 8.33 percent of an offshore oilfield for a whopping $5 billion — just one in a series of energy deals signed on the trip.

Since the Arab Spring prompted a loss of Chinese investments in the Middle East and North Africa, China has further penetrated markets in Canada — where a Chinese state-owned company recently purchased a local oil giant — Latin America and beyond.

Oil from the Middle East and North Africa accounts for roughly 60 percent of China’s global imports, as it perpetually endeavors to literally and figuratively fuel its economy. But with smoldering conflict in Syria threatening to boil over into neighboring Saudi Arabia and Iran — two of China’s major regional suppliers – China seems to have doubled efforts to look elsewhere.

China’s “energy ministry talks about their vulnerability on that front a lot,” said John Kilduff, an energy analyst and founding partner of New York-based investment management company Again Capital. “They’re doing everything they can to diversify themselves away from the Middle East.” [Source]

The South China Morning Post claimed in a Thursday editorial that China’s increased influence in Central Asia, largely through energy and mineral projects, “offers a chance for the stability and wealth that has eluded most of the region’s 65 million people:”

Russia’s weakening grip, and a lack of involvement by the US and the rest of Europe, have left a development gap in the formerly Soviet Central Asia. China has been gradually stepping into the breach since the late 1990s, its interests being securing energy supplies, ensuring stability in neighbouring Xinjiang and the land route to Europe. China National Petroleum Corp has carved a major role in helping attain these goals through the Central Asia-China gas pipeline from Galkynysh in Turkmenistan to eastern provinces, with spurs to the other key energy producers, Kazakhstan and Uzbekistan. Xi secured more gas shipments and strategic partnerships during his visits. [Source]

China is also working with Russian giant Gazprom to finalize a gas supply agreement before year-end.