Do Students No Longer Care About Free Speech? 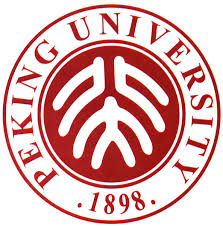 In the wake of the controversy over Peking University’s firing of economics professor Xia Yeliang, Helen Gao writes for Prospect Magazine about the political makeup of the university’s student body, many of whom defended the decision. In the international media, Xia’s dismissal was frequently attributed to politics, while the university claimed it was simply a consequence of his poor academic record:

Beida has a similar standing in China as Oxford or Cambridge in the UK. Its students are justified in their hope for the best teachers. But what troubles me, when skimming through their online comments, is their lack of concern regarding the limits the university places on free speech. Even those students who believed politics played a role in Xia’s dismissal saw little problem with it.

[…] These days, this kind of pragmatic, conservative attitude prevails among the students at Beida, which has historically played a leading role in China’s political reform. In recent years, its graduates have opted for cushy jobs at state banks and government-owned enterprises, and aimed to join the nation’s vast bureaucratic apparatus by acing the civil servant examination.

The universities’ suppression of dissent is perhaps not the only reason for the students’ readiness to accept political orthodoxy. Most students in China’s elite universities come from newly minted middle-class families who have prospered under the current system. Unlike their less privileged peers, whose everyday challenges require them to make political demands to improve their situation, these students feel they have little to gain, but much to lose, by challenging authorities or making their political views public.

For more on Xia’s case, see a post by CDT’s Natalie Ornell for LinkTV which looks at reports of a Chinese military propaganda video that portrays Xia as an “enemy of the state.” See also an article from Dissent Magazine from April 2013 which looks at the reasons why Chinese youth don’t engage in politics.