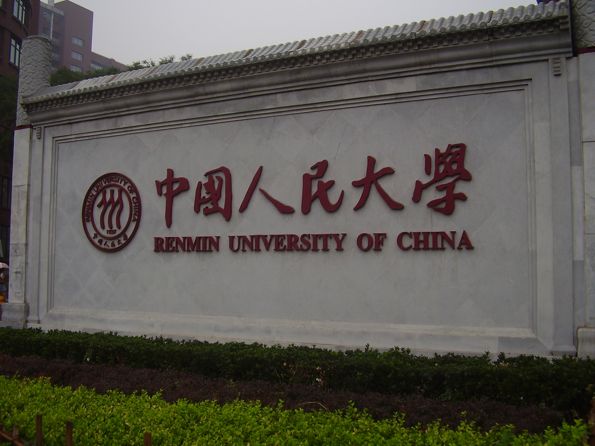 An official at China’s prestigious Renmin University was recently detained for his alleged involvement in an embezzlement scandal. The Economist reports:

THE WEBSITE of Renmin University proudly shares the results of an official nationwide evaluation that recently ranked it among the top three universities in China. But it has had less to say about published allegations that the official in charge of its student admissions department was recently detained while trying to leave the country after being implicated in a massive embezzlement scandal.

The Legal Evening News reported Wednesday that the official, Cai Rongsheng, was using a falsified passport and trying to get to Canada when he was stopped at the Shenzhen airport in southern China. The report (here, in Chinese) said the incident occurred “in recent days” and that the embezzled sums reached into “hundreds of millions” of yuan (100m yuan is equivalent to $16.4m).

The paper said Mr Cai was “being investigated over enrolment issues” and that another employee, Hu Juan, had already been dismissed from her job as secretary to a former president of the university and was “assisting the investigation”. Renmin University has acknowledged that an investigation is taking place but has made no further public comment on the matter.

Cai Rongsheng’s detainment comes amid a massive of crackdown on corruption in China. Coverage from the New York Times reminds us that Renmin University is home to a unique anti-corruption graduate program, and also notes that corruption is common throughout China’s education system:

Corruption in education, from kindergarten placement to the highest levels of academia, is a source of widespread public complaint in China. As Dan Levin reported in The New York Times last year, parents and students are often expected to present pricey gifts to teachers, and schools often charge illegal admission fees that, in the case of a prestigious high school affiliated with Renmin University, can reach $130,000. Those burdens are one factor helping drive growing numbers of Chinese students to attend high school and college abroad. [Source]