One City, Many Changes: A Reporter’s Return to Zigong 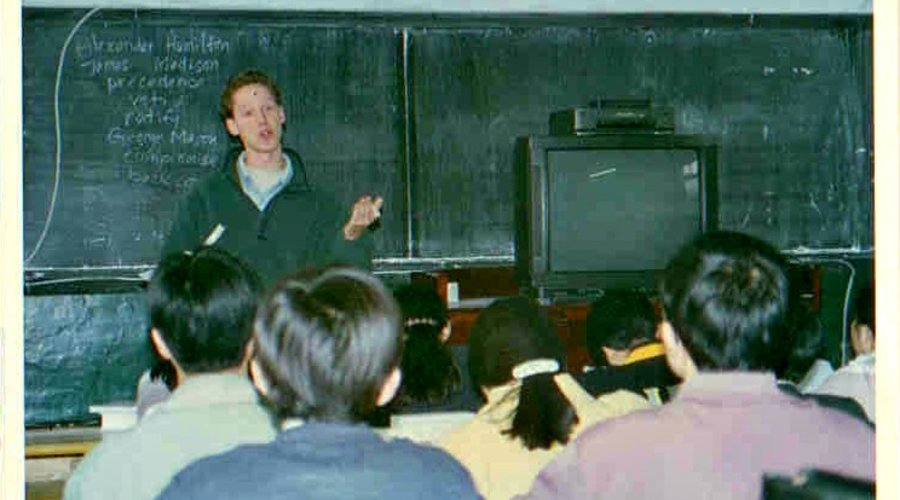 Liao has lived abroad, too, in the US. She taught at a Mennonite school in the Midwest, tossed away Marxism for Christianity, and she now helps head a church in Zigong. Another teacher, Wang Chunyang, just bought an SUV to take road trips to photograph China’s national parks. He’s spent a year abroad in England. Back in 1996, the farthest he had traveled was the city of Chongqing, a hundred miles away – the edge of the world for most people in Zigong in the 90s. Now the rest of the world has come to Zigong.

Back in the studio of my young artist friend Zeng Yang, we talk about these changes. He says now he barely recognizes his hometown. “The city has destroyed entire neighborhoods that should have been protected, destroying our memories in the process. In China we have a saying: ‘A leaf returns to its roots when it falls’,” says Zeng. “If an entire country cuts off its leaves, its branches, and its roots, then its people become lost.”

That could be so, but my friends in Zigong – like those music students I listened to every night in my apartment so long ago – are finding their way. Whether it’s selling their paintings in Paris, sending their child to Estonia, or finding religion in the US, they’ve all tapped into the global economy to pursue their dreams. [Source]