Why Are Japan’s Apologies Forgotten? 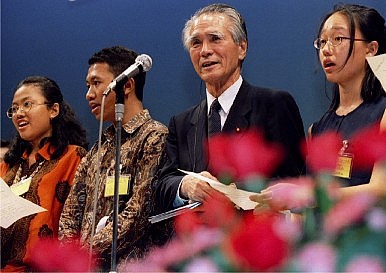 As tensions between China and Japan mount once more, Robert Dujarric asks why Japanese apologies for past aggression often go unrecognized, concluding that “Japan’s current cabinet, and some of its predecessors, have done everything they can to minimize the payout.” From The Diplomat:

[…] Strategic imperatives dictated that Israel, Western Europe and, after the Cold War, Central European states better their ties with the Federal Republic of Germany. In Asia, however, Japan’s position has deteriorated. In the 1970s and 1980s, the Chinese Communist Party (CCP), not wasting much time on the past, wanted Tokyo’s money, which it got in vast amounts. Today, Beijing no longer needs the cash. Japan’s ally, the U.S., has replaced the Soviets as the enemy. Moreover, the CCP now fosters Japanophobia to bolster its chauvinistic credentials.