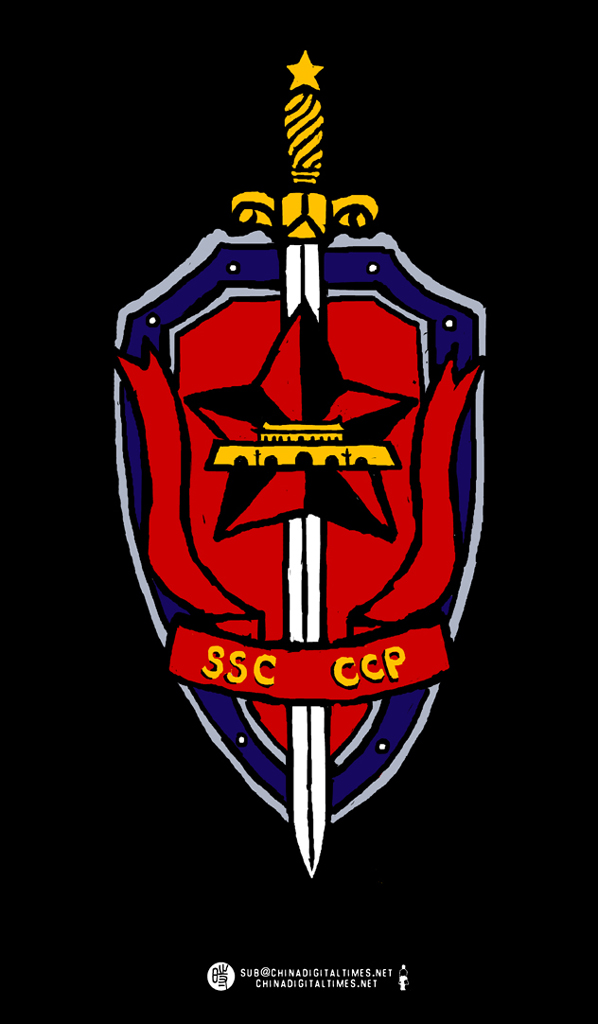 During the Third Plenum meetings this past weekend, the Communist Party Central Committee issued a communiqué outlining the plan for various reforms under the Xi Jinping administration. Among those was the establishment of a “state security committee,” modeled on the U.S. National Security Council, with some crucial differences. From the New York Times:

But the Chinese body, which was announced at the conclusion of a party meeting this week, will apparently differ from the American National Security Council in one crucial aspect: The Chinese version will have dual duties with responsibility over domestic security as well as foreign policy, Chinese experts say.

That means the new body will deal with cybersecurity as well as the unrest in China’s Tibet and Xinjiang regions, where resistance against the Han majority population is continuing, according to Shi Yinhong, a professor of international relations at Renmin University in Beijing and an occasional adviser to the government.

“In China, the security question is largely domestic: cyber, Xinjiang and Tibet,” Mr. Shi said. The focus will be on foreign policy with a considerable domestic component that will call for the Public Security Bureau to participate on the committee when it discusses matters of internal security, he said. [Source]

Foreign Ministry spokesman Qin Gang elaborated on who the committee would be targeting:

“The purpose of the committee is to ensure the nation’s security,” Foreign Ministry spokesman Qin Gang told a regular briefing today when asked about the body. “That should make terrorists, extremists and separatists nervous. Anyone who would disrupt or sabotage China’s national security should be nervous.” [Source]

On Twitter, netizens offered their own perspectives on the Third Plenum communiqué and on the new security committee. Translated by Little Bluegill:

@pufei: All of the announcements about to be published [from the Third Plenum] will fall into one of three categories: declaring revolution, promoting immigration, or showing off new tricks for swindlers. Anyone hoping to see something else should go take their medicine.

@hu_jia: The Communist Party’s “Politics and Law Commission” has been turned into the State Security Committee. This is the only bit of news from the 18th Third Plenum that corresponds with democracy and rule of law. What a bad bit of news.

@uGalaxy: [poetry] The spring breeze of reform blows throughout the land, the Party’s policies are truly grand; four trillion for our combined efforts, the financial crisis is nothing to us. Thank you.

@ivanzhai: The Shanghai Stock Exchange fell by exactly 1.83%—in tribute to the General Assembly.

@吴祚来: Mr. Guoguang said it right: They won’t let you play politics, but they will use politics to play you.

@hnjhj: The combination of the National Security Committee and the Reform Leadership Group is very clever. One manufactures illusions and the other deters [opposition]—ensuring that you will forever be drifting through the Chinese Dream.

@CenoredWeibo: Three days of meetings in Beijing, and not a drop of leaked information. Not even a little bit of action. On the other side of the [Taiwan] Strait, the KMT also held their 19th Congress. The area outside their meeting place bustled with activity. A thousand shoes were thrown. Delegates had only 20 yuan boxed meals to eat. There were no banquets, no Maotai, no Wuniangye. As one Internet user sarcastically said, “No wonder why they lost the Mainland!”

@Coley测试版: I have a feeling that in the future the right and the left factions of the ruling elite will split into the National Security Committee and the Central Reform Leading Group. And then, hmm… I’m just talking nonsense. At any rate, for the time being, the creation of these two new bodies is welcomed by those on both the right and the left. Both are busy with the same China, yet each has its own way [to govern].