The Third Plenum and the “Problem of Expectations” 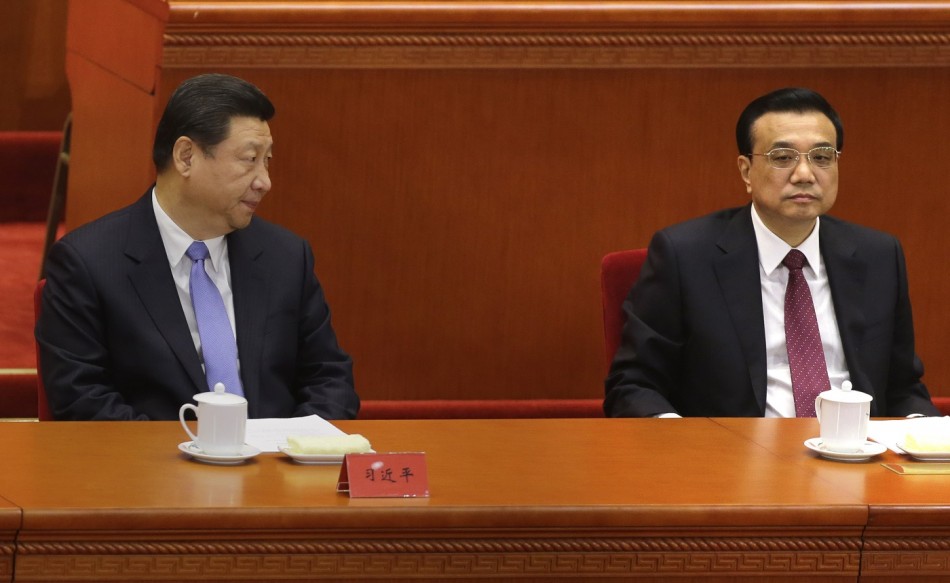 With the Communist Party Central Committee’s Third Plenum meeting this week, expectations are high that Xi Jinping may take the opportunity to implement long-awaited economic reforms. Historically, the Third Plenum of each Party Congress focuses on long-term economic policies, and many observers are expecting President Xi to announce market-oriented reforms focusing on land ownership, consumption, and the household registration system, among other issues. However, opinions are divided on how deep and substantial any reforms will actually be.

In the run-up to the meetings, the official media in China is heralding the plenum as a potential “turning point” for the country. From the Wall Street Journal’s China Real Times:

“The meeting slated…will unleash China’s new round of reform, which is expected to steer the country into an historic turning point and transform its growth pattern,” Xinhua proclaimed.

“The Chinese leadership is aware that deepening reform rather than maintaining the status quo can ensure the stability of the Party’s rule, and help find solutions to all thorny issues that the government is currently facing,” it said.

But Xinhua, like other media outlets, noted the party still has to coordinate different (read that as competing) interests in order to make any headway on these transformative policy changes. [Source]

Mr. Xi and Prime Minister Li Keqiang have indicated that they want to nurture healthy, sustained growth by encouraging more market competition, private business, financial liberalization and individual consumption, leaning away from the state-focused policies of the past decade.

Yet, Mr. Xi wants to achieve this economic shift away from the state while strengthening the ruling party, which derives power and wealth from its extensive role in the economy. Many analysts say a fundamental overhaul would require a top-down campaign to change prevailing notions about state control over crucial sectors like finance that Mr. Xi shows no signs of embracing.

In fact, for much of this year, he has pursued campaigns to reinforce ideological conformity, tighten censorship of the Internet and mass media, and expunge liberal political ideas.

“There are inescapable contradictions that Xi Jinping will have to face,” said Wu Wei, a former aide to central party leaders who was involved in planning China’s market overhauls in the 1980s. [Source]

Other experts agree that the leaderships’ focus on stability, as well as competing interests within the Party, are likely to hinder any major reform. From Reuters:

Analysts caution against high expectations as stability remains the watchword for the leadership, even amid media reports top policymakers could take bold steps to deal with entrenched vested interests, such as state monopolies.

The government has pledged to allow market forces to play a bigger role in setting the price of capital, energy and land, and to cut red-tape.

That suggests the biggest changes may be fresh measures to free up interest rates and fiscal changes to allow local governments to manage their debt better and move away from a reliance on land sales for revenues. [Source]

In the South China Morning Post, economist Louis Kuijs writes that the current structure of the CCP prohibits any substantial reforms from being approved:

[..I]t is far from clear whether China’s leadership can forge a consensus on major reforms in some politically difficult areas. The chances of a breakthrough are not helped by a decision-making system that requires a galaxy of ministries, agencies and interest groups to sign off on reforms.

China’s economy isn’t set for a hard landing, or worse. But the danger is that, if politically tricky yet crucial reforms are ducked, its overall reform programme could veer away from essential measures to raise productivity and efficiency. The technocrats may succeed in rebalancing the economy, but it may be placed on an unnecessarily slow track, and one with higher risks to China’s financial stability.

So what policies are likely to emerge from the plenum? Broadly speaking, the government is aiming to rebalance the pattern of growth more towards domestic demand, consumption and services and the upgrade of its industrial structure. [Source]

Business Insider interviewed Bill Bishop, publisher of the Sinocism newsletter, about what specific policy changes he expects to see:

BI: What reforms should we expect at the 3rd Plenary Session of the 18th CPC?

BB: The top leadership has recently repeatedly said that the Third Plenum will introduce comprehensive and unprecedented reforms. The hope is that the Plenum will introduce land ownership and transfer reforms, broader financial reforms, changes to the household registration system that give rural residents greater rights and social protections, changes to the center-local fiscal relationships, more trade liberalization to increase openness, policies designed to try to spur innovation, factor price reform that may weaken State-Owned Enterprises (SOE), reduction of administrative interference in the economy, and a 5 year plan to combat corruption.

I expect a fairly ambitious report to be issued at the end of the Plenum, but it will take years and many bureaucratic battles and permutations before all of the effects are felt. [Source]

And in an interview with Asia Society, former New Yorker China correspondent Evan Osnos also takes a cautious approach in discussing the potential for reform:

In your last interview with Asia Society, you mentioned one of the problems facing the Chinese government and the party was an inability to absorb the demands of a nation which has begun to articulate individual desires and hopes. With so much resting on Xi’s ability to deliver the “Chinese Dream,” what structural steps do you see being taken to accommodate this new wave of heightened expectations? Are you optimistic they’ll be implemented successfully?

The problem of expectations is arguably the greatest puzzle facing Xi Jinping and his generation of leaders. Everything about their political language and body language indicates that they recognize what they are facing, even if they don’t know how to solve it. They are trying to figure how they can satisfy their public without undermining the economic and political basis of their authority. In his first speech, Xi acknowledged that people “hope for better education, more stable jobs, more satisfactory incomes, more reliable social guarantees, higher-level medical and health services, more comfortable living conditions, a more beautiful environment, and they hope that their children can grow up better, work better and live better.” It’s a hell of a list.

Since then, the leadership has promised what Xi calls a “profound revolution” — which will, presumably, encompass elements of land reform and steps to boost the lowest incomes and allow depositors to earn more on their savings. His government has promised to address the environmental crisis, though the steps it has taken have received mixed reviews. Xi may yet surprise us, but so far he has not given any indication that he is prepared to make comprehensive reforms. [Source]

Many of the “individual desires and hopes” mentioned by Asia Society revolve around land ownership, as conflicts increasingly erupt over who has the right to live on land that has been slated for development. In an essay translated by China Dialogue, Zhao Xiao, of the School of Economics and Management at the University of Science and Technology in Beijing, is a rare voice in urging the Party to take it slow when it comes to land reform:

There are three major concerns. The first is that allowing land to be traded on the market could result in its accumulation by the wealthy, hurting the interests of farmers. Look at what is going on in cities, where a few can amass more than 100 flats via dubious means and simply sit back and collect high rents. The central government might not want this to happen in the villages.

Finally, many seemingly voluntary decisions of farmers are in fact forced upon them. The power to deal with collective assets is usually controlled by a small number of rural village chiefs and low officials. If rural land were put on the market, farmers could lose their land without getting anything in return. Then there is the question of the country having enough farmland.

Before these problems can be solved, only minor changes should be made to land policy. The priority now is still protecting the management rights, usage rights and rights to share collective benefits by farmers. [Source]

Meanwhile, the Financial Times posits that the key issue “hanging heavy” over the Plenum, and over China’s reform prospects, is demographics.

While the speed and impact of any economic reforms announced at the plenum remain to be seen, the Party made it clear on the eve of the meeting’s opening that political reform would not be on the agenda. From Reuters:

In a turgid full-page article in the official People’s Daily, the party’s historical research institute was emphatic that China could only prosper under the party’s leadership.

For those who “preach the indiscriminate copying of the Western system” the party will “uphold its leadership”, it said.

It warned, as President Xi Jinping has already done, that efforts to undermine the party’s legitimacy by “negating” tragedies such as the 1966-76 Cultural Revolution, which preceded landmark economic reforms begun in the late 1970s, would only sow the seeds of the party’s own destruction.

“The ancients had a saying: ‘If you’re going to destroy somebody’s country, you must first wipe out their history’,” the institute wrote. [Source]

Dissidents and petitioners have reportedly been under tighter scrutiny than usual in the days before the Plenum.

For more on the Third Plenum, see: