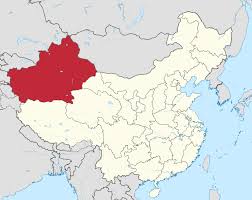 Police have killed eight people near Kashgar, Xinjiang, following an attack on a police station, according to official reports. From Reuters:

The attack happened in Yarkand county close to the old Silk Road city of Kashgar in Xinjiang’s far south, the Xinjiang government said in a statement on its official news website (www.ts.cn).

“The police took decisive measures, shooting dead eight and capturing one,” it added, labeling the incident a “violent terrorist attack” which was being investigated further. [Source]

A Xinjiang government press officer confirmed the report but said he had no further information. He gave only his surname, Cao. Police reached by phone in Shache and Kashgar said they had no information about the incident.

[…] Tianshan Net said the police took “resolute measures” by shooting the eight and arresting one, adding the case was under further investigation.

Monday’s incident is the latest in a series of attacks pointing to growing unrest in Xinjiang, which has long been home to a simmering insurgency against Chinese rule led by militants among the region’s native Turkic Muslim Uighur ethnic group. [Source]

Ongoing tensions between Uyghur residents and authorities in Xinjiang have escalated into deadly violence several times in recent months. On December 15, 16 people were killed near Kashgar in a clash with police. On November 17, eleven people, including two policemen, were killed after an attack on a police station in Selibuya, Xinjiang. Official accounts have provided few details on the incidents and media are not permitted to independently report on them. Read more about recent violence in Xinjiang, via CDT.