Wang Qinglei: A Farewell to CCTV 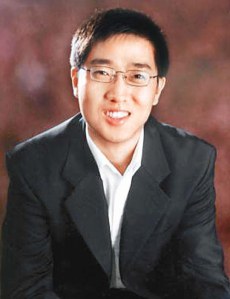 One week ago, former CCTV producer Wang Qinglei posted an open letter to weibo criticizing his former employer and the broader propaganda apparatus behind it. Wang had been fired from CCTV for posting online comments condemning CCTV’s role in the crackdown on online rumors and the subsequent detention and televised “confessions” of popular bloggers, including Charles Xue. China Change has now translated Wang’s letter in full:

Ten years would not be insignificant to anyone’s life. For me, these were ten years that made me and turned me into a news media professional. But at the same time, the stifling environment of this place also contorted me, making my work here an unceasing struggle and agony. In the past couple of weeks, many coworkers gave me phone calls or WeChat messages, and even some reporters whom I had never crossed paths with during my ten years, sent text messages, to express their shock, anger, disappointment, or even cursing, and of course also good wishes of the most sincere kind. They were all bewildered how the episode had come to this end. Long-time co-workers lamented with me, “Over all these years, there have been editors, reporters, producers, and directors who have been suspended because of stories, but you are the first producer who has been fired for speaking your true feelings! What is wrong with CCTV these days?” Actually, the reason, as well as the logic, is very simple: kill one to warn a hundred. The leaders know very well that there are many people at CCTV who think like me, but I was just the one who dared to speak out, that’s all. This is the method they can use to fetter everyone’s thinking, futilely.

[…] In this system, I am of the opinion that it is the distorted people who are healthy, because even if they feel helpless, they at least know what the right direction should be and do not change their pursuit. On the other hand, the people who feel at home in the system, like a fish in water, are sick, because their reliance on it has already made them numb to the point that they submit to it completely. And they become even more conceited when they succeed in it, skyrocketing up through the ranks. Perhaps no one can state clearly what a good system is, but everyone is able to sense when a system is bad — and the current system is a terrible mess of a system. Some people will say, if you cannot stand it, you can choose to leave, right? It seems like this, but I believe that the reason many people like me came to CCTV was not for money or status, but rather to realize their own ideals. I had decided that this would be a life-long value when I was still a reporter with a salary of only 4,000 RMB per month. I accepted the firing without having talks [with them] because I did not want lower my head and compromise for the sake of survival. What would come out of compromising myself and what would be the significance of it? To continue the agony of having to submit and the reality that cannot be altered for the sake of the position and the income? [Source]