Back in China, Watching My Words 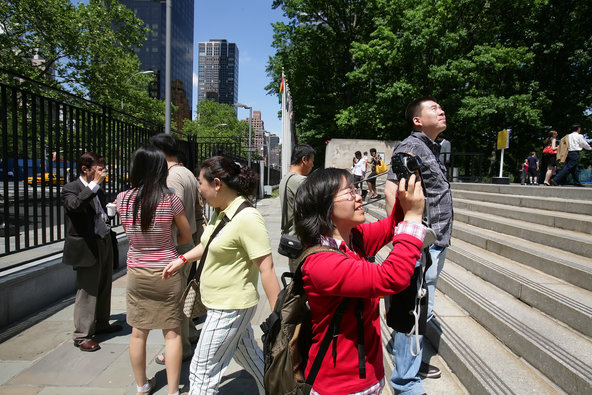 At Sinosphere, an adaptation of a February 2013 essay by Helen Gao describes her sense of alienation upon returning to China after seven years in the U.S.:

[…] If I say something critical, it is often taken not as social commentary but as a sign of shifted loyalty, of contempt for my homeland, of uncritical worship of all things American.

Wounded by such misunderstandings, I babble in self-defense. I point out that my complaints echo those of many Chinese about air pollution, food safety, news censorship, corruption and so on. In fact, these gripes dominate discussions on Chinese social media. […]

[…] I gradually realized what was happening. Like someone gazing out a window but staring only at his own reflection, many Chinese look at America in ways that are colored by their feelings toward China. The United States they see — a nation with a pristine environment, perfect schools, generous welfare and complete political transparency — is a figment of their imagination, custom-made in stark contrast to the reality we live in. This is what makes my comments about China or the United States so grating for them: The same hopes and anxieties for China that lay behind their idealized notions of America also heightened their sensitivity to criticism of China from outsiders. And that is how they saw me. The years I spent in the United States, it seems, had served only to deepen the sting of my words. [Source]