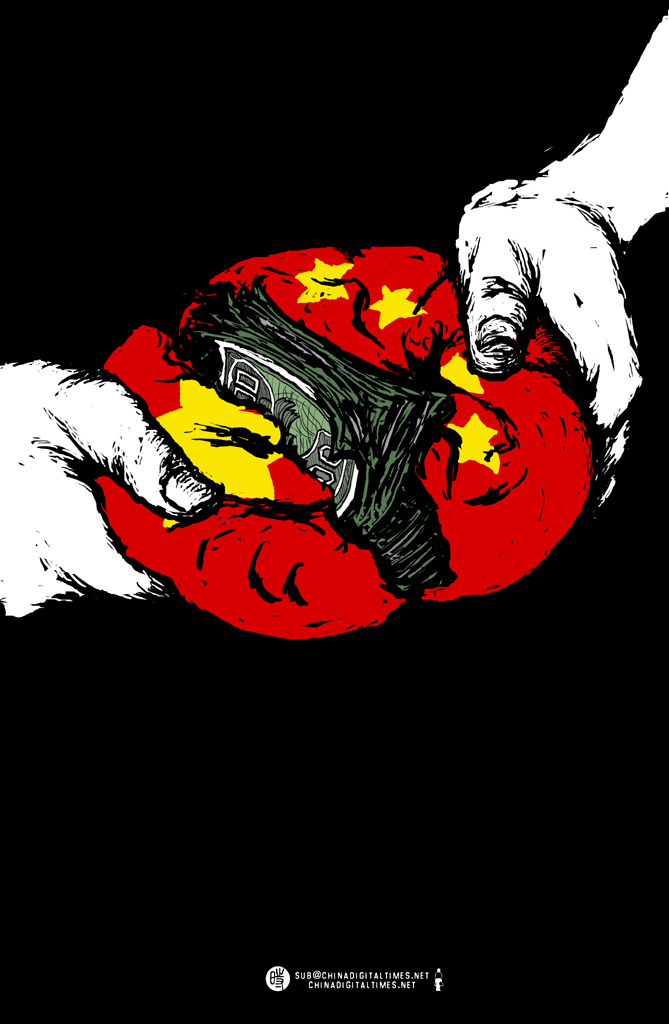 For this week’s CDT cartoon, Badiucao comments on the leak of financial data which disclosed numerous offshore companies run by family members of China’s leaders. In the drawing, a steamed bun (包子, baozi) emblazoned with the Chinese flag, is shown leaking U.S. dollars. A Chinese saying, 包子露馅儿, literally translates as “the steamed bun is leaking its filling,” but is used to indicate someone’s secrets are exposed. After his visit to a local Beijing steamed bun house, President Xi Jinping has been nicknamed Xi Baozi, or Steamed Bun Xi, by Chinese netizens.

Stuffing Leaks, by Badiucao for CDT: