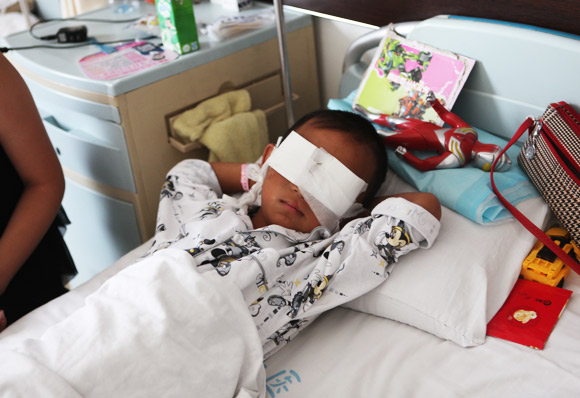 The New Yorker’s Jiayang Fan reports concerns that plans to phase out organ harvesting from prisoners and crack down on the illegal trade may be thwarted by an inadequate replacement supply from voluntary donation. She frames the article with the case of Guo Bin, a Shanxi 6-year-old whose eyes were gouged out in August in what many suspected was an unsuccessful attempt to steal his corneas.

Nicholas Bequelin, a senior researcher with Human Rights Watch in Hong Kong, told me that “the complete lack of transparency led to the emergence of a lucrative gray market, through which wealthy or politically connected individuals could source the organ needed for a transplant from scheduled executions.” According to Bequelin, the booming organ business has, in turn, led to a situation “in which unscrupulous criminals have started sourcing organs themselves, either by buying organs from sellers or even, in some cases, kidnapping and harvesting organs from their victims.”

[…] For ordinary citizens, these stories only reinforce the pervasive suspicion that China’s legal and medical systems are inherently prejudiced—and that the vast divide between the powerful and the weak cannot be bridged by the action of the government, that chronic bungler. According to [Human Rights Watch’s Nicholas] Bequelin, when it comes to organ-donation preference, “it is quite inconceivable that Party and government members would not be favored over ordinary citizens, because that’s the reality of life in China. Why should I pledge to give my organs if it is to end up in the body of an corrupt official?”

[…] Unfortunately, the Ministry of Health’s well-intentioned plans for a voluntary organ-donation system will, more likely than not, function much like the prosthetic eyes that a hospital in southern China has kindly donated to Guo Bin. Although they may move and look like normal eyes, they only satisfy appearances. [Source]

See more on Guo Bin’s case and on organ transplants, via CDT.