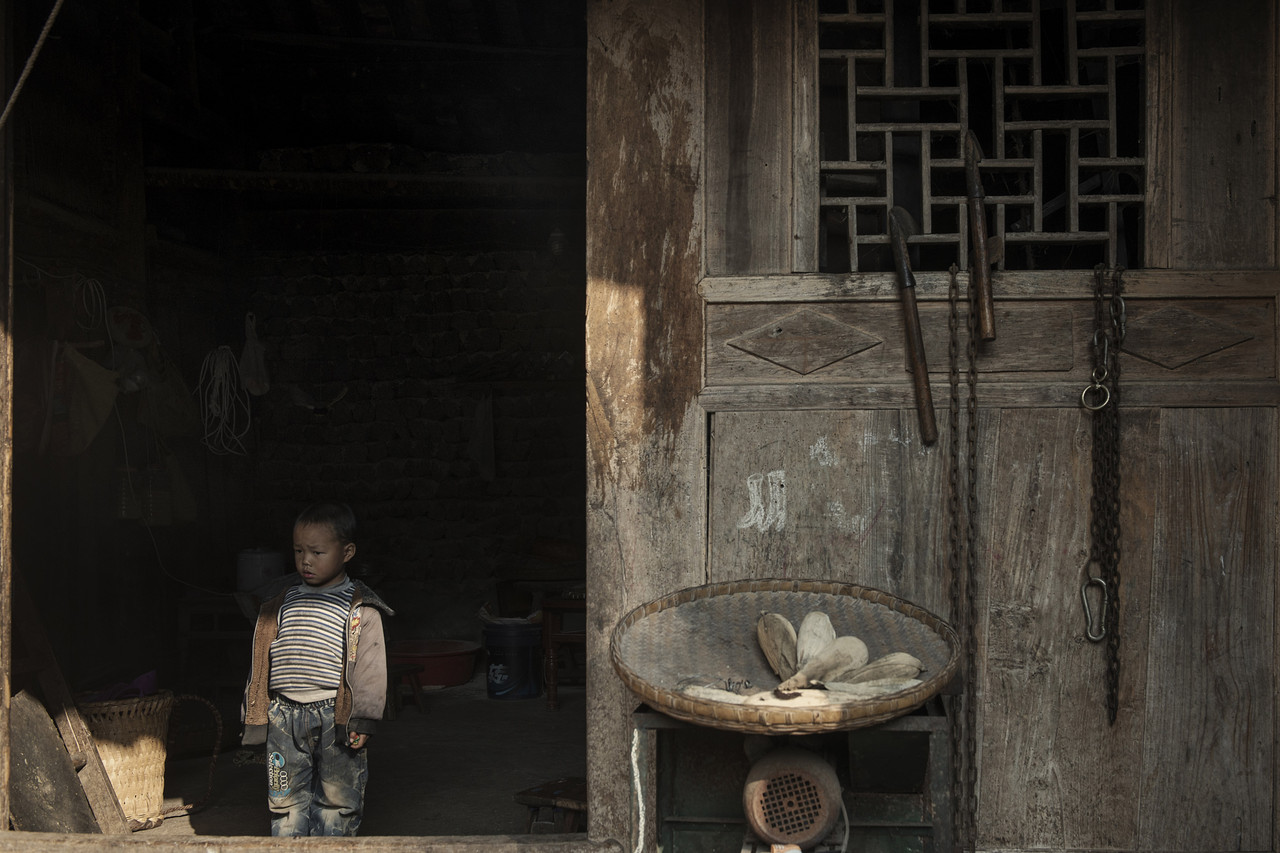 The Wall Street Journal’s Andrew Browne examines the situation of China’s “left-behind” children, many of whom must look after themselves and younger siblings as their parents work in distant cities or abroad.

About 61 million Chinese children—one of every five in the world’s most populous nation—haven’t seen one or both parents for at least three months, according to the All-China Women’s Federation, a Communist Party advocacy group. The total has grown so big that the children are widely known as left-behind kids. Nowhere else on earth do so many children live largely on their own.

[…] The brave words spoken by many left-behind children hide a deeper turmoil that could damage China’s economy and trigger social unrest, according to some social workers and researchers. More than 70% of children in rural China show signs of mental-health problems such as anxiety and depression on standardized tests, says Scott Rozelle, a Stanford University professor who helped do the study that led to the findings.

[…] Yang Tianmei […] says she taught herself to cook when she was 6. She doesn’t recall the last time her father called on the telephone, though she says she hears his voice in dreams. Tianmei’s mother usually gives her advice when she calls, but that only erases the girl’s easy, wide smile and deepens the pain of her parents’ absence. [Source]

A video and photo gallery show the lives of some of the children and their elderly caretakers.

Separation can also exact a heavy toll on absent parents, as Businessweek’s Dexter Roberts reported last week. He also noted the problem of sexual abuse of left-behind children by teachers and relatives.

Eighty percent of migrant worker parents who don’t live with their kids report feelings of inadequacy, and 70 percent experience guilt and anxiety. About 60 percent of worker parents are distracted and lack commitment to their employers, while close to two-fifths report making frequent errors on the job.

With migrants often working 12-hour days six days a week, there’s little time to raise a family. Says Kuang Duobin, a factory worker in Shenzhen whose 10-year-old son lives with his grandparents in Jiangxi province: “We all really want to bring our children to live with us. But there are limits on what kind of life we can give them in the city.” The hukou, the restrictive residency system, is the real culprit. Unless their parents have urban residency cards, rural children can’t attend city schools without paying exorbitant fees. While fees for textbooks, meals, and other education expenses for his daughter come to 600 yuan ($100) per semester in his hometown, in Dongguan they would cost as much as 4,000 yuan, says Yang. [Source]

In a second video accompanying his article, Browne points out that hukou reforms were promised in a broad policy announcement after the Party’s Third Plenum in November. But, he says, the changes do not seem likely to apply to China’s bigger cities, where some 60% of migrant workers find work.