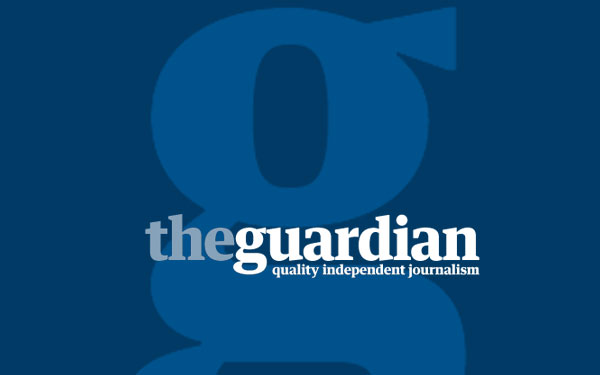 Amid a shifting power dynamic between foreign media and the Chinese government, both the New York Times and Bloomberg have had their websites blocked after running politically sensitive features, and some reporters have seen their visa application processes complicated. According to tests run by online censorship tracking website greatfire.org, the website of British newspaper The Guardian has been blocked in China since Tuesday. The Guardian reports:

The website was first blocked on Tuesday, according to the website greatfire.org. Numerous attempts to access the site from multiple browsers, devices and locations across Beijing failed without the aid of firewall-circumventing software. As of Wednesday afternoon local time, the Guardian’s mobile and iPad apps were still uncensored.

[…] The reasons for the Guardian block are unclear – no China-related stories published by the Guardian in the past two days would obviously be perceived as dangerous by the country’s leadership. One article, published on 6 January, explores tensions in China’s ethnically-divided north-western region Xinjiang, but the Guardian has covered the subject before without any noticeable fallout.

[…] A Guardian News & Media spokesperson said: “Obviously we are dismayed that theguardian.com has been blocked in China. The reason for this is currently unclear but we are investigating the extent of the block and hope that access to our website will return to normal in the very near future.” [Source]

In response to assumptions that The Guardian’s story on Xinjiang prompted the block, greatfire.org tweeted:

@OsloFF @guardian not certain this was reason site was blocked. Nobody knows real reason right now. Could be about a future story.

China’s foreign ministry also expressed surprise when questioned by reporters about the blocking. In November, the Chinese-language sites of both Reuters and the Wall Street Journal ended up behind the Great Firewall. The mysterious blocking of The Guardian comes just after the Reuters and Wall Street Journal sites were again made accessible from mainland China. Reuters reports:

The Chinese-language websites of Thomson Reuters and the Wall Street Journal were blocked in mid-November. The websites became accessible on December 25.

Foreign reporters working in China face numerous difficulties, including a lack of access to top officials and harassment, and even violence, when covering sensitive issues such as protests. China says foreign media are granted wide-ranging freedoms. [Source]

As of the time of greatfire.org’s last test, The Guardian was still blocked in China. For more on foreign media and Internet censorship, see prior CDT coverage.