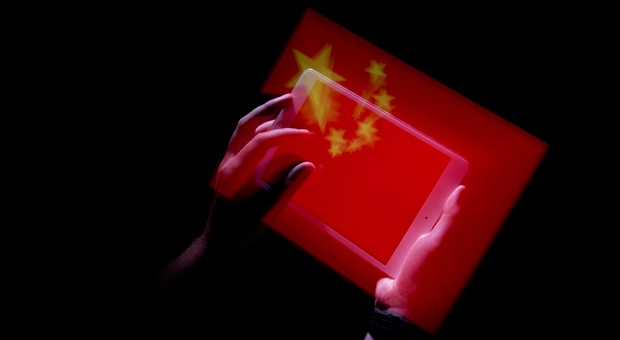 Following the leaks of offshore holdings of “dozens of powerful Chinese financial and political players” this week, the International Consortium of Investigative Journalists (ICIJ) has raised the bar and publicly disclosed more than 37,000 names of offshore clients with ties to companies and trust in 10 tax havens. Marina Walker Guevara at The Global Mail reports:

Ordinarily, this information is secret or extremely hard to access – even for law-enforcement officials.

But now citizens, scholars, investigators and others will be able to quickly search for names and connections among people and offshore entities linked to the Greater China region. You can learn how to best explore these connections by watching this video tutorial. Or you can go straight to the Offshore Leaks Database and start doing name and keyword searches.

The database launched in June, but the details from Greater China were withheld while reporting was ongoing. Now available in English and Chinese, this interactive application is likely the biggest release of data to date showing how Chinese use the offshore world.[Source]

The New Yorker’s Evan Osnos explains the role ICIJ journalists played in leaking this information, much to the chagrin of the Communist Party which has condemned and censored the reports:

An unusual collaborative investigation by journalists in the United States, Britain, Germany, Hong Kong, and elsewhere has refocussed attention on one of the Chinese government’s most neuralgic issues: the private wealth of top leaders and their families. The non-profit International Consortium of Investigative Journalists, based in Washington, worked with more than fifty news organizations to analyze documents in a cache of two and a half million leaked files. The conclusion: “China has become a leading market for offshore havens that peddle secrecy, tax shelters and streamlined international deal making.”

The reporters located offshore companies that were owned, in one form or another, by the brother-in-law of President Xi Jinping and the son of former Premier Wen Jiabao. The documents identified companies tied to relatives of at least five current or past members of the Standing Committee of the Politburo, the Communist Party’s top ranks. There is, of course, nothing inherently illegal about keeping wealth in other countries, but the practice can be used to hide illicit gains or dodge taxes. For the Communist Party, it also makes for awkward symbolism, because the stories document how membership at a Marxist-Leninist Party’s highest levels can unlock the kind of wealth that inspires a family to move its assets offshore. [Source]

Indeed, an editorial at The Guardian emphasizes that the leaks will likely cause major embarrassment for President Xi Jinping:

There is no implication that the individuals named in the documents have done anything that breaches international or Chinese law. Nevertheless, the evidence of the extreme wealth of the elite in a country where an estimated 300 million people live on less than $2 a day will be acutely embarrassing for Mr Xi, who has led a drive against endemic corruption and flagrant displays of wealth. True to form, however, the Chinese government’s response to the story has been to discredit and censor: the Guardian’s website in China was partially blocked today, along with those of other media organisations who published the ICIJ revelations, while a foreign ministry spokesman suggested ulterior motives for the “unconvincing” articles. [Source]

While setting up the offshore accounts and companies is not illegal behavior, Edward Wong at the New York Times looks at the reasons that wealthy people in China might choose to do so:

The overview published on Tuesday of Chinese use of offshore shell companies said that there are legitimate reasons to set up such companies. The practice started becoming popular among Chinese businesspeople in the 1990s because the executives wanted, among other things, to get around strict capital controls and investment laws that favored foreign companies over domestic ones.

But there are more shadowy motivations too. The companies are tax shelters, and they can also hide the identities of important stakeholders. Mr. Sun said that setting up a company in the British Virgin Islands costs just a few hundred dollars and “gives very strong cover” by allowing the real owner to stay off stage.

Forty percent of offshore business in the British Virgin Islands comes from China and other Asian nations, the report said, citing officials in the islands. Among the clients are executives at the three Chinese oil giants: the China Petroleum and Chemical Corporation, or Sinopec; the China National Petroleum Corporation, or PetroChina; and the China National Offshore Oil Company, or Cnooc. The report said there were no signs of illegal activity by these executives or the oil enterprises, but the secretive nature of the offshore companies makes it difficult to pinpoint why the companies were set up. [Source]

See also a Foreign Policy piece by Phelim Kine which juxtaposes the lives of jailed legal activist Xu Zhiyong and President Xi Jinping in order to conclude that “the ICIJ exposé, and the challenge it poses to Xi’s reputation as an anti-corruption crusader, is a vindication of Xu’s advocacy.”