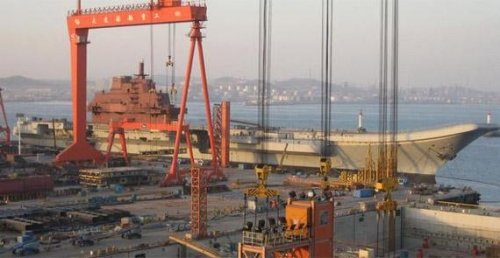 State Council Information Office: All websites must find and delete reports related to the Ta Kung [Pao] Net story “Liaoning Party Secretary: Aircraft Carrier Being Built in Dalian, Will Be Complete in Six Years.” Please do this immediately. (January 18, 2014)

According to Ta Kung Pao, a Hong Kong newspaper funded by the Chinese government, Liaoning Party Secretary Wang Min stated that the mainland’s second domestically-produced aircraft carrier is being built in the port city of Dalian, along with two 052D destroyers. “I am sure Wang Min did say that in the panel meeting,” a naval colonel told the South China Morning Post, “but it seems that it is not proper for him to make the news public.” The text of the Ta Kung Pao report as republished by Xinhua [zh] is available from CDT Chinese.

Tags :aircraft carriers,censorship,dalian,Directives from the Ministry of Truth,Liaoning,military,navy,propaganda,Ta Kung Pao