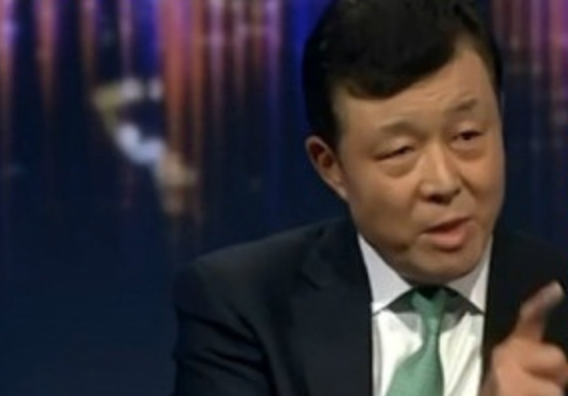 After comparing each other’s countries to Harry Potter nemesis Voldemort, the Chinese and Japanese ambassadors to the U.K. appeared on the BBC’s Newsnight last week. The two sat apart, and separately discussed historical grievances and disputed islands with host Jeremy Paxman, but Weibo user maboyong imagined how a face-to-face showdown might have run (via Liz Carter): Liu Xiaoming: Japanese militarism is like Voldemort, and the Yasukuni Shrine is its horcrux. Those who love peace ought to guard against its reincarnation. Keiichi Hayashi: The function of a horcrux is only to store a part of a dark wizard’s soul. It plays no part in reincarnation. Your analogy doesn’t work. Liu: Then how do you account for Voldemort’s appearance on the back of Professor Quirrel’s head? Hayashi: Professor Quirrel can in no way be considered a kind of horcrux. Liu: But the entity attached to Quirrel’s body was one of the seven parts of Voldemort’s soul. So strictly speaking, one could consider him a horcrux. Hayashi: “Horcrux” should refer to an object of some kind. Like a diary, a ring, a locket, a golden cup, a diadem, or something. Liu: So what about Nagini? She was a snake. Hayashi: A snake has no intelligence. One could classify it as a kind of object. Liu: And Harry Potter? He also contained a part of Voldemort’s soul. Could he not also be considered a horcrux? Hayashi: That was only an accident. Voldemort’s own Avada Kedavra spell rebounded, ripping his soul apart and placing part of it in Harry Potter’s body. It was by no means deliberate… Jeremy Paxman: Let’s get back to the Diaoyu Islands dispute… [Source]