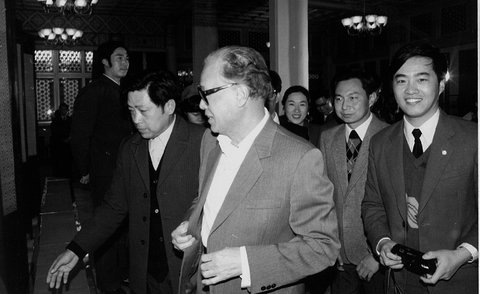 The New York Times’ Chris Buckley interviews former official Wu Wei, who helped develop Zhao Ziyang’s plans for political reform before Zhao was ousted in the wake of the Tiananmen Square protests in 1989. Wu, who has just published a book in Hong Kong titled “On Stage and Backstage: China’s Political Reform in the 1980s,” compares prospects and demand for political reform now and in the 1980s:

Q. Compared with the late 1980s, how do you assess the chances of major social unrest now?

A. I think there may be major differences between then and now. The whole social mentality back then was different. There was a widespread desire for reform, and support for reform. Even though the failure of the price liberalization fed a sense of crisis among people, they also despised the corruption created by the dual-track pricing system and they still supported reform, especially political reform. At that time, Chinese people had just emerged from the Cultural Revolution, and were deeply disgusted by any corruption. Their tolerance for corruption was low. It’s different now. More than two decades later, having undergone the reform of state-owned enterprises, the looting of state assets by the privileged and the parceling up of the national economy by interest blocs, the party, officialdom and society as a whole have all become deeply corrupt. But by now people have become used to it. Their tolerance has grown. So even though conflicts within society and between officials and the people have deepened, as have social inequities, people have become inured to all kinds of things. In other words, their capacity to put up with this has grown, and general sympathy for protest through direct street action has weakened.

Another point is that the core of the social movement of 1989 was the intellectual elite and the students. But things have changed. With the authorities’ crackdown on public opinion in recent years, most members of the public and the intellectual elite have gone into hibernation. The vast majority of people keep a leash on themselves. With the intensification of ideological and political education of students in the two decades after June 4, as well as real pressures in the job market, the students’ mentality simply can’t be compared to that of the ’80s. Their participation in politics has fallen drastically, as have their demands to participate. So the possibility of large-scale social unrest has also fallen drastically.