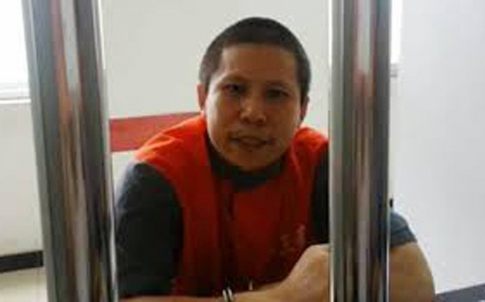 Lawyer Xu Zhiyong and a number of activists associated with his New Citizens Movement are slated to be put on trial this week on charges of “gathering a crowd to disrupt order in a public place.” Xu’s trial will be held on Wednesday and five other activists will be tried Thursday and Friday, just a few days before the Spring Festival national holiday week begins. But Xu is planning to protest the court’s handling of the case by remaining silent during the trial. From the South China Morning Post:

Xu planned to remain silent in court to protest procedural flaws that he believed would result in an unfair outcome, he said.

The trial of five supporters of his movement, who played key roles in planning and participating in the street campaigns last year that agitated for transparency over officials’ assets, will take place Thursday and Friday, lawyers Zhang Xuezhong and Liang Xiaojun said yesterday. They are all facing the same charge as Xu.

Zhang, Zhao’s lawyer, said he would raise opposition to the fact that the activists’ cases are to be heard separately, making it harder for the them to defend their cases.

“They have never given fair treatment in the cases of New Citizen movement … this is political oppression,” said Zhang. [Source]

In another article in the South China Morning Post, Zhang further explains the procedural flaws that Xu is protesting:

His lawyer, Zhang Qingfang , said judges at the pre-trial meeting yesterday denied Xu’s request that witnesses and the co-defendants named in his case be allowed to testify in court.

Zhang also said court officials ignored that Xu and a businessman backing him, Wang Gongquan, were to be tried separately from their co-defendants at the Beijing No1 Intermediate People’s Court.

His co-defendants would be handled by the lower Haidian district court.

Zhang said he feared the lower court would not arrive at an independent judgment. He also cited regulations that defendants in a single case should be handled by the same court. [Source]

Press reports of the pre-trial conference indicate that the court will not require prosecution witnesses to testify in the court hearing and that it will not permit defense witnesses to testify in the hearing. Nor will it permit those defendants who are to be separately tried for their involvement in the incidents for which Xu and Wang are being tried to appear and take part in the hearing of the Xu/Wang case. Xu’s lawyers made a long argument about why, since these were allegedly joint offenses, the law requires all accused to be tried together, which would have allowed the defendants in the other cases to testify about Xu’s participation, but the court apparently rejected the argument.

Thus Xu and his lawyers are being denied the right to cross-examine prosecution witnesses that has long been authorized by Chinese legislation but seldom permitted to be exercised, and the court also denies him the opportunity to demonstrate through the live, in-person demeanor evidence of his own witnesses and the defendants in the other cases the correctness of his version of the disputed facts.

[…] The stage appears to be set for another wrongful conviction. [Source]

China Change has collected resources about the New Citizens Movement cases, including the indictments and profiles of participants. Read more by and about Xu Zhiyong, via CDT.