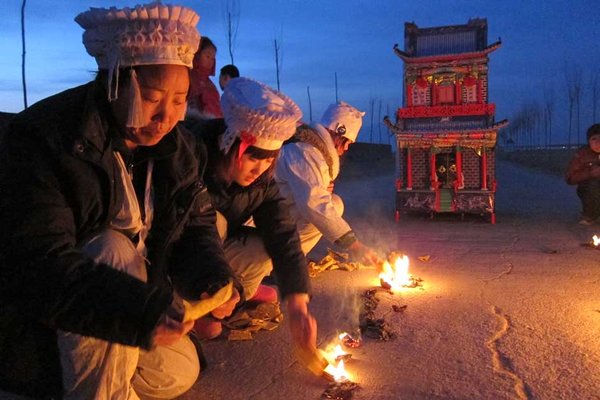 In the New York Review of Books, Ian Johnson interviews Richard Madsen, a scholar on Chinese religion at the University of California at San Diego, about his new project looking at the happiness of Chinese people:

But how do you gauge happiness in a population of 1.3 billion people?

There’s a whole new discipline now, stretching from psychology to economics, on happiness. You get economists who do these studies, such as happiness indexes in countries. How happy are you on a scale of one to ten, and they aggregate that. I think the happiest are the Danes and—I’m of Danish origin—but we Danes don’t expect that much out of life, so it’s easier to be satisfied.

The problem with these things is they need to be contextualized. It’s about meaning, so it’s not just about pleasure and pain and how do you quantify it. It’s about what’s important to them in their life, how do they understand pleasant and unpleasant experiences in life. So we will rely mostly on interviews.

Is the growing unhappiness feeding the religious revival in China?

In the reform era, the revival of religion is probably a quest to return to a normal life, to carry out normal festivals, to do things in a normal way, which always had a religious element to it in China. In China, religion has always been more about practice than about belief. You do these things—you sweep the graves of your ancestors because that’s what you do to remain in connection with your family. People have been dislocated from their villages, but there’s a sense that you have to maintain your roots. So they might go back and rebuild a temple or ancestral hall.

Where do you see this revival now? Has it peaked already or is it continuing?

I don’t think it’s peaked. I think there has been an outburst of it as people have had enough prosperity to afford it, along with the government’s relaxation. There was pent-up demand, but it’s still got a ways to grow. I somehow think that as China becomes more urbanized, and as that rural experience doesn’t have the same meaning it had in the past, it may be replaced by other spiritual quests. [Source]

Read more about measuring happiness in China, via CDT.