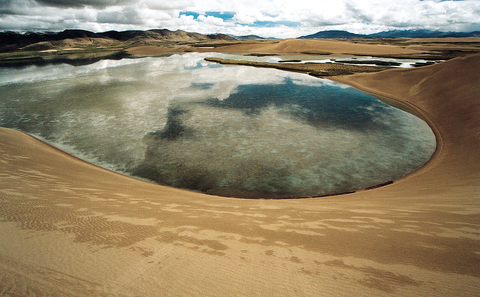 Due to increasingly stringent hydro project approval rules, and despite warnings of a “Faustian bargain” with a runaway “hydro-industrial complex,” China is falling behind on its target to raise the country’s hydro generation capacity by half before 2020. David Stanway at Reuters reports:

China, already the biggest hydropower producer, is on course to exceed a target to raise its hydro capacity by 70 gigawatts (GW) over 2011-2015, but a slowdown in project approvals means it is behind on its longer-term goals.

New capacity approved for construction over 2011-2013 accounted for less than a quarter of the amount originally scheduled in a five-year energy plan published two years ago.

[…] To meet a 2020 target to raise capacity to 420 GW, up 50 percent from the end of last year, the government is committed to putting 120 GW of new plants into construction over the 2011-2015, but tougher approval rules mean it has fallen behind.

[…] Only 4.82 GW of new hydropower capacity was actually given the go-ahead for construction last year, according to data released by the engineering society last month. Since 2011, only 26.8 GW of new capacity has gone into construction, it said. [Source]

Stanway quotes Zhang Boting, vice-secretary general of the China Society for Hydropower Engineering, who expresses skepticism that controversial proposed dams on the Nu and Brahmaputra (known in Tibet as the Yarlung Tsangpo) will become a reality any time soon. But these delays may be fortunate: at China Dialogue, Yang Yong writes that hydropower development on the Yarlung Tsangpo could have devastating environmental and geological consequences.

The Yarlung Tsangpo rises at a high altitude, in a geologically complex area. The river’s powerful flow, long course and large drop in altitude give it great potential for hydropower development. But the scale of dam building planned by China and India could have disastrous ecological consequences.

[…] Eleven hydropower stations are planned on the river, three along the middle reaches from Sangri to Gyaca, and nine on the gorge up to the Great Bend, with total generating capacity of 60 gigawatts.

[…] The Yarlung Tsangpo Gorge is a young and still active geological formation, any interference could have disastrous knock-on effects, from which the ecosystem may not be able to recover.

As both China and India race to harness the river’s immense energy potential, Isabel Hilton at China Dialogue argues that “a cooperative framework for managing the whole river” is needed to mitigate the potential environmental consequences of “competitive exploitation”:

It is not only China that is eyeing the energy potential of the Yarlung Tsangpo. The lack of a cooperative framework for managing the whole river system has left it vulnerable to short-term, competitive exploitation as rival neighbours race to stake pre-emptive claims.

In India, 168 massive dams are proposed on the upper reaches of the Yarlung Tsangpo River and its tributaries in Arunachal Pradesh and Assam, both of them states rich in flora, fauna and cultural diversity. As in China, these plans are being made with little concern for the wider health of the river system or the interests of the millions of people who depend upon it.  It is a race in which everyone risks becoming a loser.

This is not an argument against development, but a concern that the wrong kind of development, pursued in competition with neighbouring riparian states, risks destroying vital ecosystems that we only partially understand.

Governments, to date, have not been the Yarlung Tsangpo’s friend, prioritising narrow, short-term developments ahead of the long-term health of the river, and the economic and other security of their peoples. As the Indian academic and water expert Rohan D’Souza has powerfully argued, a river must be seen as a “collection of pulses, not a quantum of water flows.” The “hydrocracy” – the water bureaucracy  – that has dominated official discussions, he argues, is like the blind person who touches an elephant’s tail and thinks he knows the entire animal. [Source]

It was a project conceived, financed and – so far partially – built by the state-owned Chinese Power Investment Corporation (CPI), to take electricity across the border and help industrialise the Chinese province of Yunnan. At 152 metres high and with a potential capacity of 6,000 MW of electricity, the Myitsone was to be the largest of seven dams at the headwaters of the Irrawaddy River. If completed, it will be the 15th largest dam in the world. But soon after work started in 2009, the project ran into trouble.

[…] Ordinary Burmese objected because the Irrawaddy is the country’s spiritual lifeblood, the subject of stories, songs and poems. With around 90% of the electricity from the dam going to China, the Burmese saw little benefit for themselves.

[…] Still the Burmese government pushed ahead with the project, keen to placate Burma’s staunchest ally and biggest trading partner.

Then in 2011 Burma’s new president, Thein Sein, abruptly announced a halt to construction, and promised that the dam would not be built during his term in office. It was a stunning turnaround that infuriated the Chinese.

[…] “People still sneak back,” says Nonkai Dukon, the village pastor, pointing to a family hanging washing on a line in one garden. “Last year 22 people were arrested by the Burmese army for coming back here. But in order to live here again we have to repair a lot of damage to the village and clear the gardens. That’s a barrier.” [Source]

Even aside from human and environmental impacts and seismic risks, a recent Oxford University scientific study found that large dams are economically inefficient. From Peter Bosshard at International Rivers:

“We find that even before accounting for negative impacts on human society and environment, the actual construction costs of large dams are too high to yield a positive return,” a new report states. “Large dams also take inordinately long periods of time to get built, making them ineffective in resolving urgent energy crises.” Simply put, dams don’t just destroy the environment and impoverish local communities. They also don’t make economic sense.

[…] Over four years, the authors of the new study –  Atif Ansar, Bent Flyvbjerg, Alexander Budzier and Daniel Lunn – analyzed all large dams which were built between 1934 and 2007 for which reliable costs and schedule figures are available. Their database includes 245 projects in 65 countries with a total cost of US$353 billion (in 2010 prices). The findings of their analysis, which were published today, are stunning: