Beijing Sees Its Own Reflection in Water Crisis 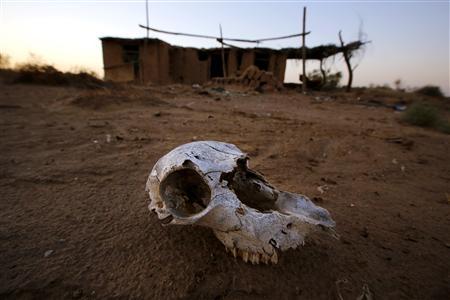 “China’s water shortages stem more from problematic urbanization and water resource management, rather than the scapegoat of climate change,” said Zhou Lei, a fellow at Nanjing University who studies how industry affects the environment.

“In my home town in Jiangxi, the water system consisted of underground springs, ponds, wetlands, brooks, streams, and seasonal rivulets, but all these have been totally ruined in the last 20 years due to a catastrophic urbanization plan, a construction mania and transport megaprojects,” he said.

[…] “China is looking always at megaprojects rather than addressing the root causes,” said Zhou.

“They experiment with technologies to treat the problem, like the water transfer projects being done right now, but they are draining resources in a very wrong way.” [Source]

The report notes U.N. warnings about the effects of climate change on the glaciers feeding China’s major rivers. One recent study, however, suggested that this impact might be smaller than feared, with increased precipitation largely compensating for decreased glacial melt.

CHINA has many good reasons not to build the $5.2 billion Xiaonanhai dam on the Yangzi river in Chongqing. The site, on a gentle slope that moves water along only slowly, is not ideal for generating hydropower. The fertile soil makes it one of China’s most productive regions, so it is densely populated with farmers reaping good harvests. And the dam (see map), which would produce only 10% of the electricity of the Three Gorges project downstream, could destroy a rare fish preserve, threatening several endangered species including the Yangzi sturgeon.

Yet it does not matter how strong the case may be against Xiaonanhai, because the battle against a hydropower scheme in China is usually lost before it is fought. The political economy of dam-building is rigged. Though the Chinese authorities have made much progress in evaluating the social and environmental impact of dams, the emphasis is still on building them, even when mitigating the damage would be hard. Critics have called it the “hydro-industrial complex” [….] [Source]

Dams are often defended as a cleaner alternative to coal-fired power stations, but chinadialogue reported earlier this month that much of China’s existing hydropower capacity is lying unused:

Some of China’s biggest hydropower dams are left idle, according to an industry insider. In Yunnan province, south-west China, a huge amount of potential energy is being wasted due to a dispute over electricity prices.

The 2GW Ahai dam, in Yulong county, Yunnan, was idle for a year due to delays in hooking it up to the electricity grid. Given the average annual production of the dam, this is equivalent to the loss of 8.9 billion kilowatt hours (kWh).

[…] One anonymous insider said that in the next ten to twenty years the bulk of hydropower development will take place in Yunnan and Sichuan – 100GW in Yunnan alone. “You won’t export it, you can’t use it – waste it then, but it’s a state asset you’re wasting. Corruption and waste are major crimes. Something will have to change.” [Source]