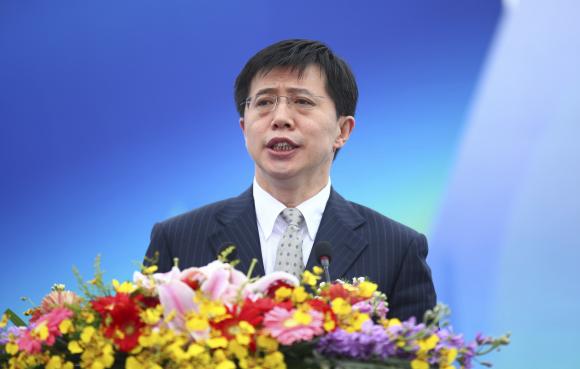 The ruling Communist Party’s anti-corruption watchdog announced in February that Ji was being investigated for suspected serious breaches of party discipline and the law, the usual euphemism it uses for graft.

[…] Ji worked with Zhou when Zhou was land resources minister in the late 1990s. He then followed Zhou to Sichuan province and became one of his secretaries when Zhou was provincial party boss, Ji’s official resume shows.

The two also worked together in the Ministry of Public Security in the early 2000s. In late 2010, Ji was shifted to Hainan province, known in China for its pristine beaches and resorts. [Source]

Liu Han and 35 others, including his 44-year-old brother Liu Wei, will be tried in separate courts in Xianning city, China News Service reported, citing a court announcement.

Prosecutors said he and his accomplices had accumulated nearly US$7 billion through their crimes and carried out at least nine murders, according to the indictment seen by the South China Morning Post.

Liu Han, 48, is the former chairman of Sichuan Hanlong, a privately owned conglomerate founded in 1997 that has been aggressively buying overseas assets in recent years and holds a stake in the Australian-listed iron ore miner Moly Mines.

[…] Liu was involved in at least two business deals with Zhou Bin in the early 2000s, according to the source and earlier media reports. [Source]

Infographics of Zhou Yongkang’s alliance network have been published and circulated online. However, most of the information remains speculative as the corruption case against Zhou has lacked transparency. From Foreign Policy:

The investigation into Zhou is both extremely important and maddeningly opaque. FP is unable to confirm the veracity of the allegations the chart makes — that all of the people in it are connected to Zhou and that they played a role in his alleged misdeeds. Some of them, like his son Zhou Bin and tycoon Liu Han, are widely believed to be part of the case against Zhou — but much remains unknown. Thus far, Beijing has kept silent; Chinese officials do not publically utter Zhou’s name. Perhaps the most concrete mention came in early March, in the run-up to China’s annual congress (which includes the Chinese People’s Political Consultative Conference, or CPPCC), when a party spokesperson obliquely referred to Zhou’s situation as “you know what I mean.” Following that lead, Chinese media began to call Zhou either “you know what I mean” — a phrase usually reserved for superstitiously cautious invocations of gods or demons — or to refer to him by his birth name, Zhou Yuangen. [Source]

The final aspect of Xi’s war on corruption is a high flying aerial combat in which corruption often becomes a weapon in factional infighting. Any scandal involving a senior official is inherently political. At a minimum, prosecutors have to receive high-level political approval to look into allegations of corruption among top officials. High level scandals also create political opportunities. Xi’s current campaign is no different. Triggered by the exposure of Neil Heywood’s death and allegation that Bo Xilai’s wife either killed him or had him killed, the current drive has spawned a series of investigations into corruption in the oil sector and Sichuan Province that seem to implicate former Politburo Standing Committee Member and former Chairman of the Central Committee’s powerful Politics and Law Committee Zhou Yongkang. According to insiders, in the run up to the November 2012 Eighteenth Party Congress, Zhou had been pushing Chongqing Party Secretary, Politburo Member, and so-called “Red Princeling” Bo Xilai as a leftist counterweight to Hu Jintao’s heir apparent Xi Jinping. Bo’s abrupt fall from power clearly removed a potential political rival, while investigations into corruption involving PetroChina Chairman Jiang Jiemin, PetroChina Deputy Manager Li Hualin, Chengdu Party Secretary Li Chuncheng, Hainan Vice Governor Ji Wenlin, Vice Minister for Public Security Zheng Shaodong, former Sichuan Vice Governor Guo Yongxiang, , and former Chairman of the Hubei Party Committee’s Politics and Law Committee Wu Yongwen, all of whom worked with Zhou at one point or another, enabled Xi – or others – to take out many of the now retired Zhou’s protégés, as well as a large number of individuals linked to them in the business sector.

In recent weeks, several of Zhou’s close relatives have been detained and it now seems only a matter of time before his son Zhou Bin, who believed to be in detention, is formally arrested and charged with taking advantage of his father’s connections and power to build a business empire based on the energy and property development sectors. Rumors have also linked the younger Zhou to Liu Han, a Sichuan business tycoon recently arrested on charges he was actually the leader of an organized crime syndicate and that he had ordered the murder of a series of rival mobsters. Multiple signs in the official and unofficial media now seem to indicate that Xi will drag Zhou out, possible soon after the conclusion of the current National People’s Congress session. If he does, Zhou will be the biggest tiger ever bagged and, perhaps more significantly, the biggest tiger bagged not because of an “accident” such as those that exposed Chen Xitong, Chen Liangyu, and Bo Xilai, but rather by a very systematic, step-by-step hunt that first bagged the tiger’s “cubs” and then snared the king of the tigers himself. [Source]

Kerry Brown at The Diplomat has more on the political dimensions of Xi’s corruption probe into Zhou Yongkang:

Xi Jinping may be mandating this because, for him, Zhou Yongkang and his allies are first of all expendable. They showed disloyalty during the leadership transition and backed the wrong horse. But they also showed that, for them, the Party is a means to material gain and feathering their own nests, rather than governed by some higher political and moral purpose. For Xi, who has long said that officials should not seek vast fortunes, Zhou is the unvarnished enemy, someone who has evidently used the Party to create his own power base to protect the riches accrued by his network. Symbolically, decapitating Zhou is good domestic politics. It shows, against a largely helpless antagonist, that Xi is serious. Politically too it makes the world around Xi a little less complicated.

As Wang Xiaofang’s novel makes clear, these battles are usually ones of attrition. It is likely there will be many moves in the days and months ahead, and it is possible that Zhou himself will be left alone, albeit isolated and largely under an informal type of house arrest. His fate rests on the calculations in the head of one man – Xi. Xi must decide if the value of finally reining Zhou in, and humiliating and prosecuting him, is worth it. If Xi thinks it is, then there is no reason to doubt that Zhou will be thrown to the dogs as ruthlessly as Bo Xilai was. Chinese politics is not a place for the sentimental. And Xi may well choose Zhou to make clear that he is no softy. [Source]

As a part of Xi Jinping’s ongoing corruption crackdown, Party officials in rural areas are also being urged to avoid corruption and “keep healthy work and life styles.” Reuters reports:

“The weapons of criticism and self-criticism should be well-wielded, with some spice to make every party official blush and sweat a little,” Xi said during a visit to a rural area in central China’s Henan province called Lankao, Xinhua said.

Each member of the ruling Communist Party’s elite inner core, the Politburo Standing Committee, has been allocated a county where they oversee anti-graft efforts, and Xi has been given Lankao, Xinhua said.

“Party officials are required to check and report their own problems and mistakes while summarizing the flaws of their colleagues to disciplinary supervisors,” Xinhua said.

Xi said rural areas were crucial to the party, as development can only happen with the good quality and competence of officials there.

Human rights lawyer Teng Biao believes that the ongoing graft probes will not result in systematic changes that will truly eradicate corruption.