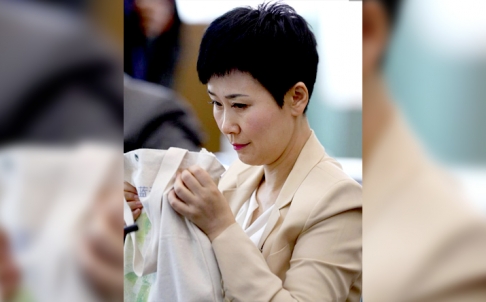 As the annual “Two Sessions” of China’s National People’s Congress and the Chinese People’s Political Consultative Conference got underway this week, and premier Li Keqiang reiterated his pledge to fight corruption “without mercy,” Bloomberg News’ Henry Sanderson and Rachel Butt noted a number of absences, including that of Nanjing’s “Mayor Bulldozer” Ji Jianye:

Ji, 57, is one of at least 11 delegates to the National People’s Congress to resign or be expelled from the Communist Party after being put under investigation for bribery and other wrongdoing since Xi Jinping became president a year ago, according to data compiled by Bloomberg. The list includes an executive at a state telecommunications giant, a trade union boss, and a regional boss at an energy company formerly headed by Zhou Yongkang, the former public security czar who is said by state media to be involved in a corruption probe.

Their absence from the Great Hall of the People is evidence of Xi’s efforts to swat both “tigers” and “flies,” a reference to high-level officials and lower-level technocrats. For the almost 3,000 NPC members who meet in the capital, it is a reminder of the party’s dueling priorities of maintaining economic growth of 7.5 percent while limiting social unrest caused by disquiet over corruption and environmental damage. Xi made an anti-graft drive a cornerstone of his first year as president after he identified official bribery as a threat to the existence of the party.

“The list of delegates sacked is longer than in past years but not perhaps of sufficient magnitude to send shivers through the spines of the NPC,” said Andrew Wedeman, a political science professor at Georgia State University who studies corruption in China. “The signs that Zhou Yongkang is going down are increasingly strong and a move to publicly take him out would create major political shock waves.” [Source]

Despite recent hints about Zhou’s case, attendees at the Two Sessions appeared less than eager to discuss it with Reuters’ Sui-Lee Wee:

“Zhou Yongkang is a national leader, if he made a mistake, he must be investigated, if he broke the law, we should use the legal system to control it,” Wang Jiaqi, a delegate from northeastern Jilin province, told Reuters.

“But we can’t frame a good person, right? We must respect the law and have the facts,” added Wang, who said he had heard about speculation surrounding Zhou from colleagues at work.

[…] Most lawmakers declined to discuss what they thought of Zhou, with some saying they had not even heard of reports he was being investigated.

“We shouldn’t be talking irresponsibly about hearsay,” said Cui Liru, a delegate to the mostly ceremonial advisory congress that meets in tandem with parliament.

Others quickly moved away, with several objecting to a Reuters reporter asking such a question.

Was fun running after delegates today asking them what they thought of Zhou Yongkang. http://t.co/M3NwnNHkwB

Following the downfall of several officials spotted wearing luxury watches or other baubles, some also saw the shadow of the corruption crackdown in the uncharacteristically muted outfit of one well-known CPPCC delegate:

Li Xiaolin, the daughter of former Chinese premier Li Peng, surprised her critics this week after she was snapped carrying a cloth bag to a session at the annual convention of a national political consultancy body in Beijing.

In 2012, Li was photographed wearing a 14,000-yuan salmon-pink trouser suit designed by Emilio Pucci and a Chanel pearl necklace worth 8,000 yuan to the annual CPPCC conference in Beijing. It triggered a heated discussion on how political power intersects with personal wealth in the country, and many have speculated that she has benefited hugely from her father’s influence.

[…] On Tuesday, photos of a cloth-bag-carrying Li received mixed reactions online. Some net users said they were glad that Li was “finally being low-key,” others said they thought she was just “putting on a show”.

Others speculated she was trying to operate under the radar during a sensitive time when President Xi Jinping is waging a fully-fledged campaign against corruption.

“It’s for her own good to stay low-key now,” one wrote. [Source]

Li, previously spotted at October’s 11th National Women’s Congress wearing what looked like the pelt of a giant chipmunk, was reportedly implicated in a multi-million dollar bribery case in Switzerland late last year, but denied this “vicious slander.” In January, she was named in an International Consortium of Investigative Journalists report on hidden offshore wealth.

Meanwhile, Quartz’s Lily Kuo reports on new rules against lesser forms of misconduct at the Two Sessions: delegates have been instructed not to send text or weibo messages or play games on their phones during sessions, and to keep speeches lively enough to stop their colleagues falling asleep.