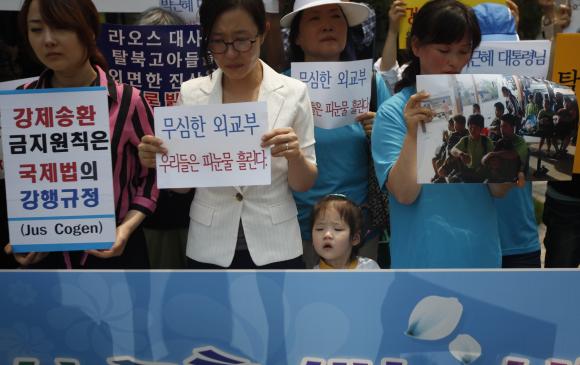 Reuters reports that the detained human rights activist who staged a two-month-sit-in to advocate for the public’s involvement in a national human rights report, Cao Shunli,  has been denied medical treatment for her failing kidneys and has “two or three days” left to live:

Cao’s death would generate an outcry from China’s fledgling rights community and criticism from the West, which has expressed concern about her case.

News of Cao’s deteriorating health comes two days before the start of a session in Geneva of the U.N. Human Rights Council, a body to which China was elected with controversy last November.

[…] “He stressed one point: that Cao Shunli’s situation is extremely bad and was caused by her long time in detention. He’s extremely dissatisfied with the situation and told the police: this is a person’s life, you can’t treat this as a game.”

[…] Wang Yu, Cao’s lawyer, told Reuters that Cao’s younger brother planned to sue the Chaoyang District Detention Centre in Beijing, where Cao was being held, for its “criminal acts” in refusing to give Cao medical treatment, resulting in her malnutrition and deterioration in health. [Source]

Ms. Cao is not unique in enduring both arbitrary detention and denial of access to medical treatment. Liu Xia, wife of imprisoned 2010 Nobel Peace Prize winner Liu Xiaobo, has been held under house arrest since her husband’s initial detention in December 2009. Ms. Liu has rarely been allowed to leave her apartment. Reliable reports of her deteriorating physical and mental condition have emerged over recent months. She too was hospitalized last week in Beijing for a serious heart condition. Chen Kegui, imprisoned nephew of blind legal activist Chen Guangcheng, also continues to be denied effective medical care.

As these people fight for their lives and their rights, Chinese officials are preparing to deliver in mid-March their “outcome report” to the Human Rights Council. They are unlikely to adopt any of the major recommendations put to them in their 2009 review. They will no doubt try to deflect criticism by pointing to recent semi-reforms to the system of reeducation through labor, to some aspects of the one-child policy, and to the implementation of criminal justice. [Source]