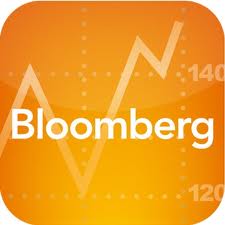 Despite continued denial from Bloomberg News regarding accusations that they self-censored a report tying one of China’s richest men to many of the country’s political elite, Last Thursday, Bloomberg L.P. chairman Peter Grauer publicly stated that the media and data company “should have rethought” some of its coverage. This was presumably a reference to the steep decline of Bloomberg terminal sales in China following Bloomberg News’ publication of an exposé on the wealth of Xi Jinping’s family (Bloomberg relies on terminal sales for a reported 82% of revenue). In the most recent episode of the ongoing self-censorship saga that has earned Bloomberg much criticism, a veteran Bloomberg editor has resigned from his post after 13 years. In an email to journalist and media blogger Jim Romenesko, former Bloomberg Asia editor-at-large Ben Richardson explained his decision to leave the company:

Ben Richardson has resigned from Bloomberg News after 13 years to protest editors’ handling of an investigative piece reported from China – a story that the bosses feared would get them expelled from the country. (The New York Times broke this story last November, then hired Michael Forsythe, the reporter accused of leaking it to them.)

Richardson, who was an editor at large for Asia news (he edited the enterprise stories and columns), writes in an email: “I left Bloomberg because of the way the story was mishandled, and because of how the company made misleading statements in the global press and senior executives disparaged the team that worked so hard to execute an incredibly demanding story.”

Throughout the process, the threat of legal action has hung over our heads if we talked — and still does. That has meant that senior management have had an open field to spin their own version of events. Suffice to say, what you read in the NYT and FT [both stories linked above] was a fair summation. [Source]

The New York Times notes that Richardson is the third Bloomberg employee to leave the company in the fallout of the spiked article, and reports confirmation of the former editor’s departure but failure to elicit further comment from Bloomberg:

[Mr. Richardson] is the third reporter or editor to leave the organization since several news organizations reported last November that Bloomberg had declined to publish an investigative article that explored financial ties between one of the wealthiest men in China and the families of top Chinese leaders.

[…] The company confirmed that Mr. Richardson, who joined Bloomberg in 2008, according to his LinkedIn profile, departed on March 3, but declined to comment further. Mr. Richardson was not immediately reachable on Monday. [Source]

Former Bloomberg executive editor Amanda Bennett left the company in November, as did Michael Forsythe, who was hired by the New York Times after being suspended by Bloomberg for allegedly leaking details about the unpublished story.

At the Atlantic, James Fallows provides a detailed timeline of the Bloomberg self-censorship story, relays a personal interview with Ben Richardson, and finally offers information from inside Bloomberg that helps to explain the company’s sensitivity about its China presence:

I’m grateful to Ben Richardson for his quick and forthcoming answers. This may be the time also to share something I received from a person inside Bloomberg at the time the news first broke, which is a useful complement to what Ben Richardson says. This Bloomberg employee said:

There is a bigger contradiction for the company than most people perceive. Outsiders think the worst explanation for this controversy is that it’s concern about selling terminals within China. It’s bigger than that. Really it’s about continuing sales all around the world, if Bloomberg can’t promise having the fastest inside info from China.

Everyone knows that it’s a company that exists on the terminals. But now that they have saturated the US market, all of the growth will come from areas with these deep contradictions between the company’s financial-business interests and its journalistic aspirations. […] [Source]

To read Richardson’s email to Romenesko in its entirety, see a post from the New York Times’ Sinosphere blog. Also see Next Media Animation’s carton reenactment of the Bloomberg self-censorship saga (via Jim Romenesko’s blog).