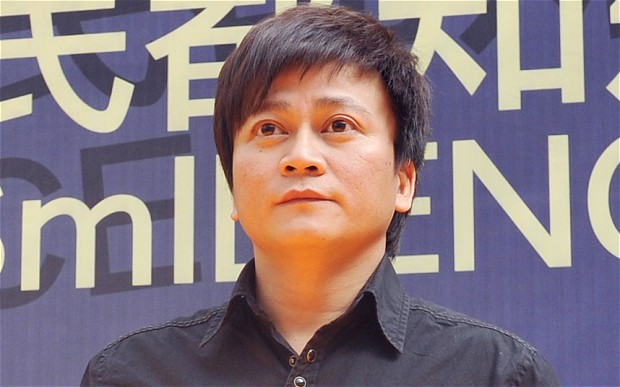 On Thursday, he faced down a threat from Beijing police. “As a public figure, you need to be responsible for what you say and do,” the police warned him, publicly. “Shall I wait for you at home, or shall I turn myself in?” he responded.

It was the Sichuan earthquake in 2008, one of the worst natural disasters in China’s history, that changed Mr Li from a football-mad sports addict into a serious social critic.

[…] “Before [the earthquake], I loved football, rock music, drinking beer… and writing love stories every now and then. I wanted a comfortable and happy life,” he said.

“[But] when you see several thousand lives vanish before your eyes it changes you in a big way. I now have a much greater battlefield to face.” [Source]

Li’s blog has received over 342 million visits, while his Sina Weibo account has over 7.4 million followers. His weibo comments about the recent bloodshed in Kunming led to this week’s run-in with the Beijing police, who accused him of “ignoring facts” and “mistaking the black for the white.”

Li’s anger at the substandard “tofu construction” he saw in Sichuan resurfaced following a 2012 bridge collapse in Harbin, but he showed a more optimistic side after the heavy Beijing floods that summer. See also a speech on freedom of expression he gave to Beijing University students that November, coverage of his tumultuous subsequent book tour, a more recent essay on Taiwan, and more on Li, via CDT.